Why is music so important to LGBTQ people? The Queer Me Out panellists discuss 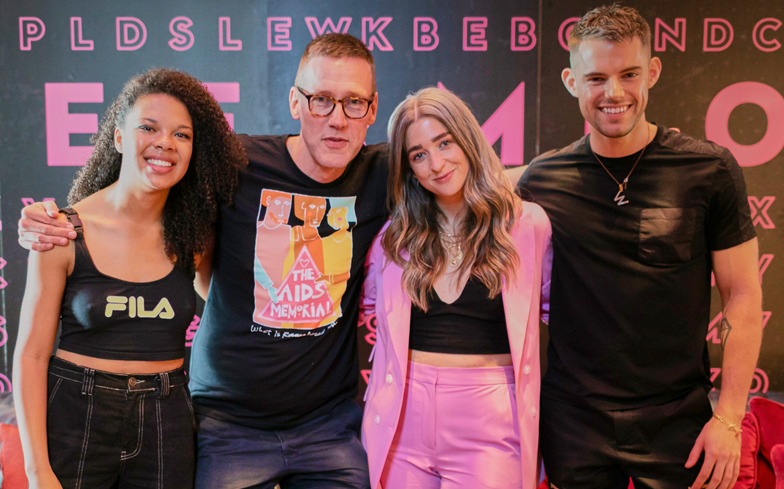 Music has always formed a central part of the modern LGBTQ experience – whether we’ve used it to protest or party.

Before the Pride in London festivities got into full swing this past weekend, three panellists sat down to discuss the importance of music within the LGBTQ community.

As part of their latest Queer Me Out conversation, W London in partnership with GAY TIMES posed the topic of how LGBTQ DJs are challenging the status quo, as well as music’s part in helping us connect with the wider world.

When asked why music is so important to LGBTQ people, Luke began: “It takes us somewhere out of ourselves. When we get together and dance collectively it makes us feel safe. Everyone connects to music, but I think the LGBTQ community’s relationship with it – especially with some of the artists that we love – I think we get quite obsessed with it.

“Maybe as children we feel a little isolated, so we find listening to music a way of connecting with the wider world. So when we discover clubs and we’re in a room of like-minded people, we start to feel safe and we don’t feel so anxious about being who we are. That’s a wonderful way to experience freedom. “There are some really great clubs that prioritise trans people who might struggle to get home at night – Pxssy Palace do their taxi service for trans people.”

Luke went on to explain why dance music in particular holds a prominent status in queer culture, attributing it to the early disco scene in the 70s.

“The culture of disco was invented in LGBTQ spaces in New York City,” he said. “It was people having loft parties, private parties, members-only parties, where there was often no alcohol served because they couldn’t get a license. People would just open up their homes and that was probably in the very early 70s. “I think all the misfits were coming together and a lot of those were LGBTQ people and their friends and allies. It was like they found each other and they found a sense of liberation. The DJs became quite important because they were finding special records where lyrics would touch people on the dance floor – they would mean something.

“There’s often a double meaning in music for LGBTQ people. We find the meaning, so something like Young Hearts Run Free – which is actually about not getting married to young – we hear it and think ‘I want to be free’.

“Even something like Dancing Queen by ABBA; that means something different to us than a straight girl or boy, because we identify as ‘I’m that queen that’s dancing right now’.”

But as we continue to win LGBTQ rights, it means more of our cisgender heterosexual allies are engaging with queer nightlife. How do we ensure these spaces remain safe for LGBTQ people?

“When we’re out in the world or in a mixed club or a venue that isn’t LGBTQ, I think LGBTQ people, what we do – and we don’t even realise we’re doing it  – we’re often hyper vigilant of what’s around us and who’s around us,” Luke explained.

“So I think if you’re creating a safe space, you want it to be a place where you don’t feel you have to be hyper vigilant. You don’t have to think, ‘Is it OK to kiss my partner?’ or ‘Will it be OK if I wear these clothes or shoes?’ or ‘Will someone laugh at me, attack me, or abuse me?’ “When clubs and parties who want to be inclusive say ‘We are a safe space’, they actually have to make an effort to actually make sure that it is. They have to educate the people who are entering that space to make it safe.

“I think we’d all agree that a space doesn’t just become safe because you’ve said it is – especially if all of the promoters are straight, or the club is a straight venue and it’s a mixed crowd. You have to make sure people feel safe.

“That takes effort, it takes education, and it always takes visibility. Having people on the lineup who are LGBTQ, having performers there that can express themselves freely so people in the audience can think ‘It’s OK for me to wear clothes like that’.”

Queer Me Out is the innovative speaker series launched by W Hotels back in 2017.

Discussions take place throughout the year at their hotels across the globe, truly amplifying the voices of LGBTQ people on an international scale.

There will be further Queer Me Out events at W Hotels across Europe later this year exploring more themes that form the LGBTQ experience.