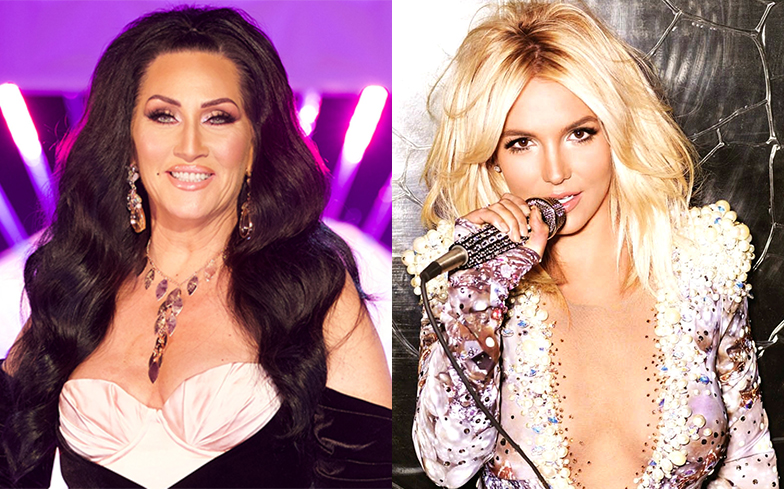 Will we ever see Britney Spears sashay down the runway?

If you’re still tweeting RuPaul and Michelle Visage with names of the celebs you want to see on the next season of Drag Race – specifically Britney Spears: stop. They get it, they hear ya, and they’re trying their best.

The level of talent seems to get bigger each and every year, so naturally, fans have speculated when legends such as Britney Spears, Celine Dion, Cher, Dolly Parton, Madonna and Mariah Carey will sashay down the runway.

When we spoke to Michelle (pre-lockdown), she spilt the following T: “Madonna. Liza Minelli. Dolly Parton. Cher. Reba McEntire. This is the list that goes out every single year and people think it’s us going, ‘Ask this person. Ask that person.’

“They go out when the show gets recommissioned every year and the first thing they do is send it out to these people. The problem is, it’s a lot harder for the older people to sit there for 12 hours. It’s not easy for them.

“But the biggest problem is scheduling conflicts because when we film, it’s mostly when everyone is touring.”

Michelle went on to say that Gaga’s appearance on the show happened by “coincidence” because she was granted a day off from filming her Golden Globe-winning role on the fifth season of American Horror Story.

“She called up and said, ‘I’m free this day.’ It just so happened to coincide with the premiere. So, that’s what happens. The list goes out to all the people you’re thinking of, and it’s their scheduling conflicts,” she added.

“We’ve asked Britney. We always ask Britney. She was in Vegas for the longest time. Mariah Carey and Celine Dion, same thing. Vegas. It’s hard! We ask them all. Just know it. It’s not that we’re not asking them.”

This season of Drag Race arguably boasts the best line-up of judges in the show’s HERstory. As well as Nicki, Normani and Robyn, season 12 has welcomed stars such as Chaka Khan, Daisy Ridley, Jeff Goldblum, Leslie Jones and Rachel Bloom.

Who would you want to see on season 13? Or even All Stars 5 and Drag Race UK season 2? Let us know in the comments!

Related: Here’s what Michelle Visage had to say about the “special edition” of Drag Race All Stars.

Related: The police were “called” on Shangela, Bob and Eureka during their new show.