Why coming out as LGBTQ+ is different for today’s generation

We asked GT133 to reflect on their experiences of coming out and how it has changed for today’s LGBTQ+ community. 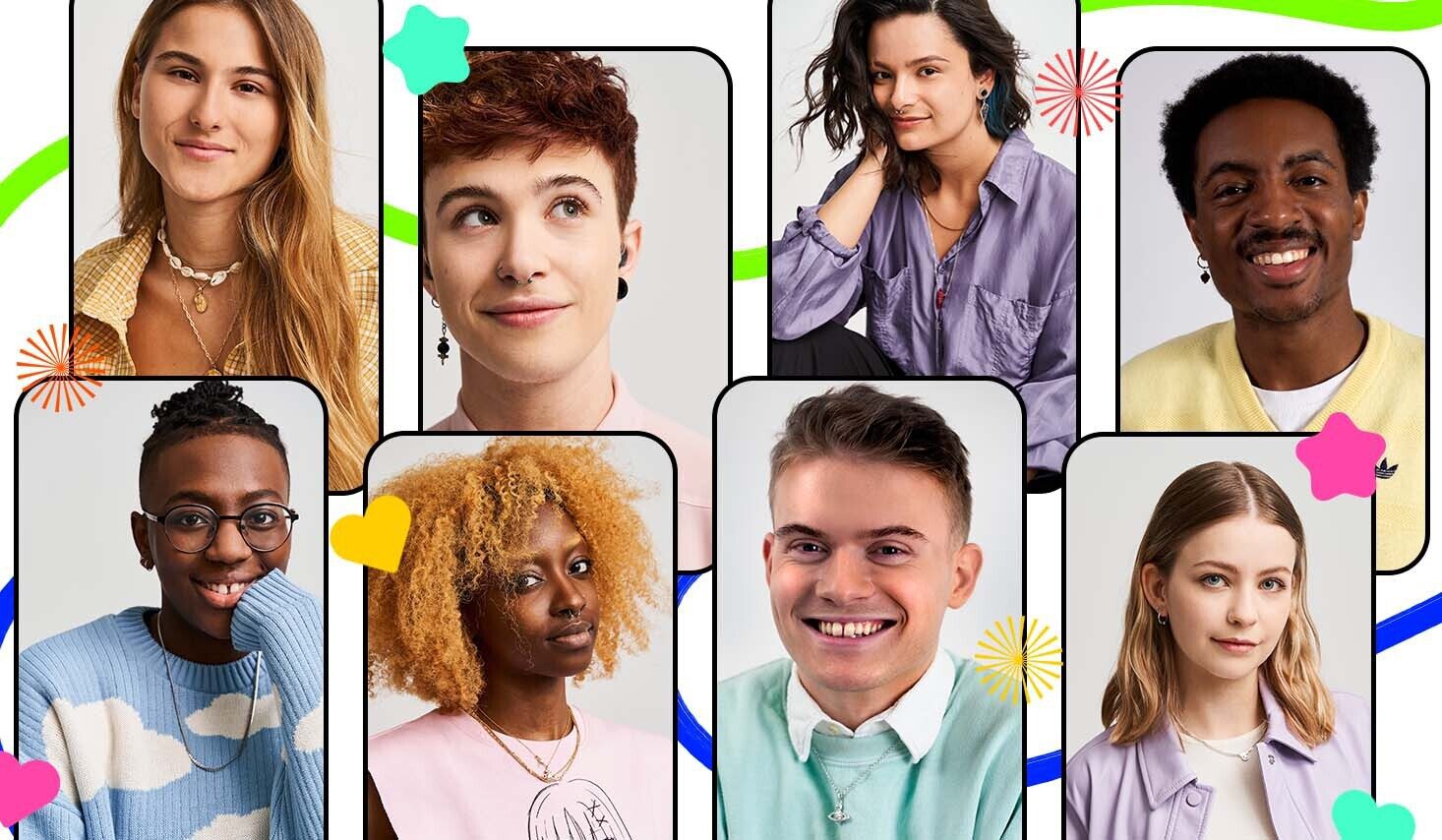 The act of “coming out” has been ingrained into society for as long as many of us can recall. It was the unquestioned act of disclosing your identity to your friends, family, and those around you. But, now, do we need it, and if we do, what does the process of coming out mean to younger generations? GAY TIMES teamed up with our in-house Tik Tok collection GT133 to find out what coming out means to them and whether we still need to offer some grand delivery to declare how we feel.

GAY TIMES TikTok content creator Max Trobe opens up about how “scary” his coming out experience was and how he found “relief” after the fact. “I was extremely lucky that the people I care about accepted me, even those who I didn’t think would do,” he explains. “Coming out was something I was terrified of for years and ever since that one single day my whole life has become everything I could dream of and more.” As we move forward advocating for greater inclusivity about LGBTQ+ acceptance, Max hopes that coming out to family wouldn’t necessarily have to be included, but appreciates why the process is still important to queer youth. “As queer people, we are often guilty of assuming that everyone is as clued up on LGBTQ+ culture and issues as we are,” he tells GAY TIMES. “We may feel its silly to have that coming out conversation, but for many non-queer people (e.g. our family and friends) they may need that conversation to begin their journey of understanding queer people.”

GT133 member Sam Redman first came out to a friend in year 8, but described his personal experience as “staggered” as he feels the process has “never stopped”. “Now 100% out to the world and is way more confident now, I have found that there are still situations where I’m asked if I’m gay or not. For 99% of the time, it is harmless and I’m totally okay with it because I’m not afraid to be who I am anymore,” reflects. For many younger people, the experience of coming out can seem continuous, much like Sam has experienced, and this can travel online. “In all my videos and posts I’ve always been out and I had way more confidence about it compared to what I had in real life,” he says. “After doing Tik Toks and now working with GT133 has empowered me to be myself even more. I feel like I never stop learning about myself and being on this journey has already taught me so much!”.

Working with GT133 has empowered me to be myself even more. I feel like I never stop learning about myself

Like Sam, Elliot Douglas has had “multiple” experiences coming out about his identity. “My friends have always been incredible. With my family it was much harder, so initially coming out could feel painful, but the most beautiful thing is time has been the best healer and has given space for those awkward conversations and understanding to be had,” he reveals. When it comes to explaining his identity multiple times, he enthusiastically replies with: “You can do it more than once!”. Elliot’s first time coming out was when he was 14-years-old. “I’m 22 now and it’s been great over that time to become more comfortable with myself and find the language and words that fit me and there’s no pressure to know exactly who you are, or a rule that says once you come out as something you can’t go back,” he admits. However, despite his positive experiences with coming out, Elliot believes the process should be entirely optional: “You shouldn’t have to do it but sometimes it’s what feels right and communication could be a good thing.”

For GAY TIMES TikTok creative Alisha Vital, her response to her coming out were varied. While she was comforted by her friends, she faced a difficult situation with her family. “First of all, I didn’t really come out to them, they found out and that in itself was frustrating for me because I really did want to tell them myself so it feels like that moment was taken away from me in a sense,” she explains. “Something I learnt from my coming out experience was that you should never be scared to live in your truth. The people who really love you won’t just abandon you because of something like your sexuality”. Moving forward, Alisha hopes for a time where coming out isn’t a necessary expectation from LGBTQ+ people. “I don’t think we should still have to come out. The amount of pressure that is put on LGBTQ+ people to explain themselves and their sexual orientation/identities to others isn’t fair especially when straight people don’t have to,” she explains. “Instead of us having to come out all the time society should stop assuming that being heterosexual is the default/norm and be prepared for anything.

Fellow GT133 creator Lou McCloskey’s coming out experience was grounded in the internet, especially TikTok. She recalls how she decided to first come out on the social media app. “I came out to the entirety of the internet first, which I feel is a common thing nowadays. I came out to my parents months later, when I was in my first queer relationship, over text because I was scared!” Lou recounts. “I was relieved because I didn’t want to have to lie to them about who I was with, but I can also acknowledge the privilege of being able to tell them. I don’t regret anything, but it definitely wasn’t easy.” In hindsight of her own experience, Lou disagrees with the notion of coming out. “After initially coming out online, I found it difficult to come out in person. I think coming out online was easier for me because if I got a bad response I could avoid it for a while, and I knew in person this wouldn’t be an option,” she tells GAY TIMES. “I would love it if we didn’t haven’t to continue coming out every day of our lives from that point onwards as well, but we all know the world is heteronormative.”

I came out to the entirety of the internet first, which I feel is a common thing nowadays. I came out to my parents months later.

Shiraz Dejbakhsh has established a dedicated TikTok following for sharing their experience as an LGBTQ+ person. However, despite their profile, they reveal that their coming out experience was difficult: “People’s reactions felt invalidating”. We ask the content creator whether coming out should be a universal experience LGBTQ+ people that continue to face. “Coming out might make your life easier in some situations. With the internet, we are in a bubble and in my bubble everyone is gay, but when I step out into the real world it’s not like that,” they explain. “People might not be comfortable assuming your identity or won’t even think about it and if that’s something you want people to know then you should choose come out!”.

Shiann Smith is still working through the process of coming out and sharing their identity with others. “I would call it a journey of coming out to myself and letting people in, when I started to come out – literally – on the internet, dating apps, gay clubs, gay events, outside in general, it all just started making sense,” they outline. “I’m never looking for acceptance when I disclose more of who I am, I just wanted to let them know and let them into this colossal part of my identity.” As Shiann focused on self-love and acceptance, they agree that “evolving and changing is important” and if an individual wants to share their identity that is welcomed but, equally, entirely optional. Likewise, declaring yourself online, the GAY TIMES TikToker admits the virtual space is much easier to navigate. “Coming out online is definitely easier than coming out in real life to friends and family! Plus a lot of us gays will have the rainbow flag in the bio and that always helps.”

GAY TIMES creator Spencer Freitas echos a lot of the feelings of anxiety and nervousness expressed by the GT133 collective. After leaving home, aged 17, shortly after coming out, they reflect on the experience as “scary, intense and difficult but ultimately above all else, it was incredibly freeing”. Although, at the time, they faced challenges, they have moved forward with a self-validated mindset. “Coming Out should be someone’s choice, rather than something you have to do. Hopefully, we will eventually live in a world where people don’t assume that everyone is straight and cisgender,” they tell GAY TIMES. However, reflecting on their own perspective, Spencer has found joy in the new aspects of themself: “I couldn’t speak on behalf of all LGBTQ+ people. For me, every time I figure something new out about myself, coming out feels like a celebration or a way to honour my identity.” 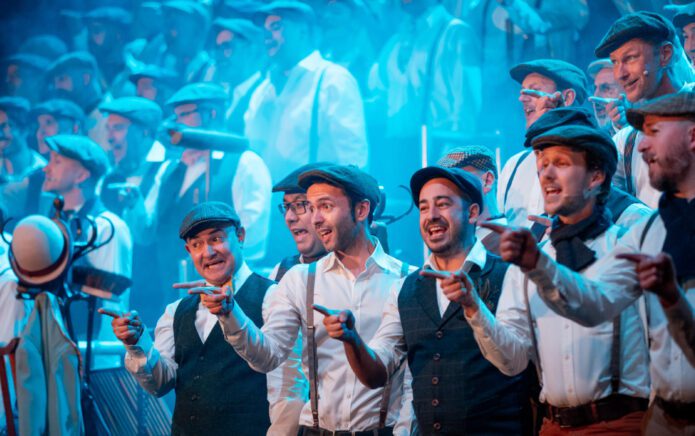 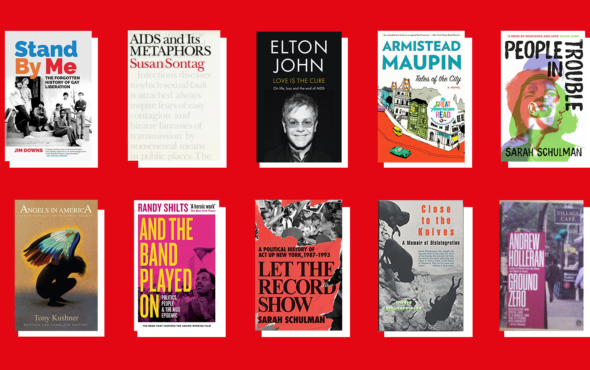 10 important books to read on the HIV/AIDS crisis