Who to follow, listen to, and how to win this October 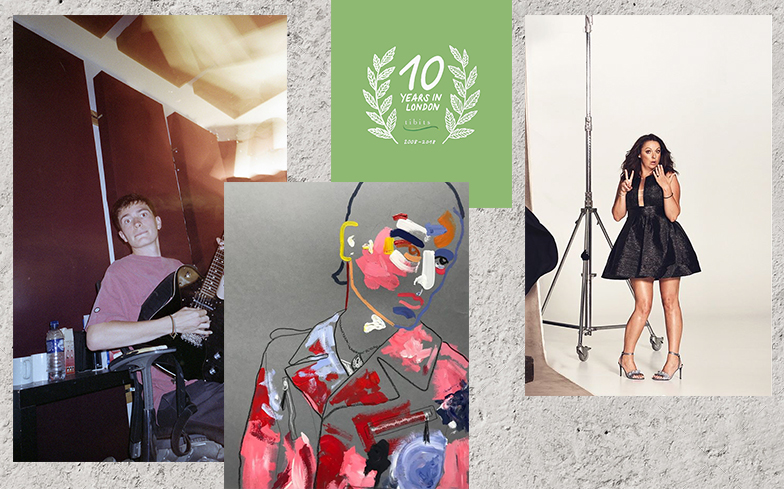 Every month we bring you the things we’re loving right now.

October is a funny one, on one hand we want to dive head first in to Halloween and just dress us as a different character from Hocus Pocus everyday, but on the other hand we’re still holding on the the very last of summer.

Alas, our faves this month include an incredible up and coming recording artist, some v chic fashion illustrations, and a competition that allows you to eat free for the rest of the month. Jump in!

After seeing up and coming Londoner Mr Ralph Taylor singing and strumming away at a bottomless brunch earlier this month we’re pretty much obsessed.

At just 20 years old he’s making his mark on the London music scene with his brand of raw, honest and infectious pop, making it the perfect backing track to a late summer getaway. His next single – titled Animals – will be dropping at the beginning of November and we are very excited. Follow him on Insta and listen to his music on Spotify now.

Listen to his music on Spotify > 23-year-old Robson Standard is a London based fashion illustrator, who recently graduated from the University of the Arts. His work is inspired directly from the current runways and his style focuses on strong bold brushstrokes that are perfect for a colourful hit to your white walls.

His website states that he “explores the human form through a playful, illustrative palette. Working primarily on portraiture, his images are created using paint and pencil, whilst gestured marks and a graphic pallet add an abstract dimension to his image of the human anatomy”.

VISIT: The Great British Fry Up Following their majorly successful event last year, The Great British Fry Up is back. Hosted this year at MeatLiquor Kings Cross by social media phenomenon the Fry Up Police (@fryuppolice), the kitchen will be headed up by MasterChef finalist Steve Kielty.

Now we don’t know about you, but this is our visit pick for the month as breakfast is basically the best meal of the day and an easy excuse to have it past the hours of 8-10am, and we are literally there with bells on. Get your tickets for the big event on Sunday 4 November now. Now you know how we love free shit. Well, not just us, but everyone, everyone loves free shit, because…it’s free, thats why. Well luckily for you, vegan and veggie restaurant Tibias are hiding 10 vouchers on fruit/veggie named streets around London everyday until 10 October, which if found, allow you to eat free for the whole month of October.

Yes that’s breakfast, lunch and dinner, all free, all vegan and all hella healthy so you don’t even have to feel bad about it. Yay for you. Follow their social media @tibits_uk to see when then next one drops and get your running heels on to go grab it!

Follow them on Insta for your chance to win >

Now, hun, we know she may have over four million followers on Instagram but it wasn’t until recently that we’d heard of Celeste Barber. But after seeing her triple video drop with the legend himself Mr Tom Ford, we’re living for everything and anything she creates.

She’s also got a book out called Challenge Accepted, 253 Steps to Becoming an Anti-It Girl. The woman is a legend, go follow her and expect her to become your new fave.