What is the greatest lip-sync in Drag Race herstory? 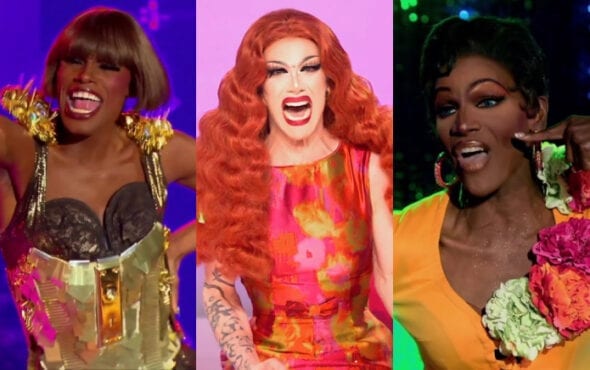 We don’t know about you, but the most exhilarating aspect of each RuPaul’s Drag Race episode, for us, are the lip-sync smackdowns.

Throughout the franchise’s ever-expanding herstory, the lip-syncs have been a consistent source of goopery due to the determination of the contestants to remain in the competition – or, more recently, leave behind a legacy – and sashay away with that $100,000 doollahz.

There are a plethora of lip-syncs that have reached iconic status, such as Dida Ritz vs The Princess to This Will Be (season four), Jinkx Monsoon vs Detox to Malambo No. 5 (season five), Brooke Lynn Hytes vs Yvie Oddly (season 11), but which one ranks as the all-time best?

On the latest episode of Snatched! – a GAY TIMES original podcast that spills the T on all-things RuPaul’s Drag Race – Associate Editor Sam Damshenas and Fashion Editor Umar Sarwar reflect on the most legendary showdowns, before coming to an unanimous decision on the top five.

Sam and Umar are also joined by season two and All Stars 2 alum Tatianna, who memorably competed against Alyssa Edwards to the beat of Rihanna’s Shut Up and Drive, which is often regarded by fans as the ultimate lip-sync battle in herstory.

The star recalls the moment she and Alyssa stomped onto the main stage in matching ensembles, how she felt when RuPaul announced a rare double shantay for both queens, and some behind-the-scenes moments that didn’t make the edit.

Not only that, Tatianna reveals her lip-sync tips and secrets, as well as her personal favourite lip-sync ever (after Shut Up and Drive, duh).

Snatched! is available on all streaming services, including Spotify and Apple Podcasts. You can listen to the latest episode, What Makes a Good Lip-Sync? with Tatianna, below.