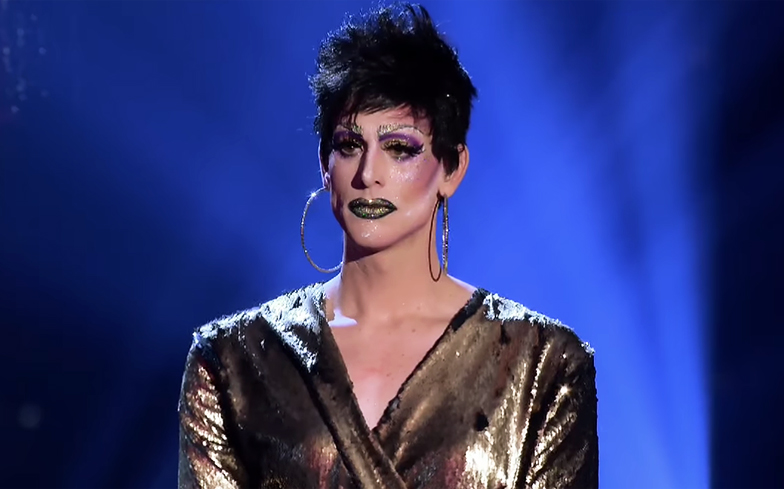 Ever since Sasha Velour slayed the world with her rose-petals-under-the-wig reveal during the season nine finale, the queens of RuPaul’s Drag Race have had to step their pussies up to the max to impress Ru and her fellow judges.

And while (spoiler!) Dusty Ray Bottoms may have failed to outperform Monét X Change on last week’s episode, she’s now revealed a gimmick that might just have saved her from getting the chop during that epic Nicki Minaj lip sync.

“I planned on shaving my head for the lip sync, but I didn’t get there,” she revealed to Entertainment Weekly.

“I was just so shook and trying to get it together that I forgot to grab the razor and stick it in my dress. And the song was over and I was like, ugh.

“I had to change my outfit so I was worried about getting changed in time while listening to the lyrics, and I forgot the razor in my bag!”

But fear not, Drag Race fans, as Dusty promised to save the gag for a future performance…

Dusty’s not the only queen to miss out on a gag-worthy lip sync reveal this year, as All Stars 3 fan favourite Shangela recently revealed the stunt she would’ve pulled if she’d been given the opportunity to lip sync for the crown during the finale.

“Here’s the deal. This was the finale. And Wrecking Ball is not necessarily a big, high kicks and flips kind of song. But you can make a moment, and that’s what I wanted to do every time I was on that runway,” she said.

“I had that gold coat on. But under that, I had stapled these blown-up, white balloons that I had filled with confetti and glitter, right? They were on my titties and in my nether region, OK?

“I had a dart in my hand. During the song – ‘I came in like a wrecking…’ – I was gonna bust the balloons, and all the glitter and confetti would fly out.

“Then I had a piñata taped to the back of my coat, filled with candy, with a sledgehammer up my sleeve. And I was gonna beat it on the line, ‘I never meant to start a war’. I was ready, bitch!”

She added: “That’s what hurt me more than anything. Fuck the money. I wanted to do my lip sync. It was going to be memorable, unforgettable, so watching that lip sync from the back, I was just like, ‘Oh, girl. Send me to the house’.”