What does OTP mean and why does it matter? 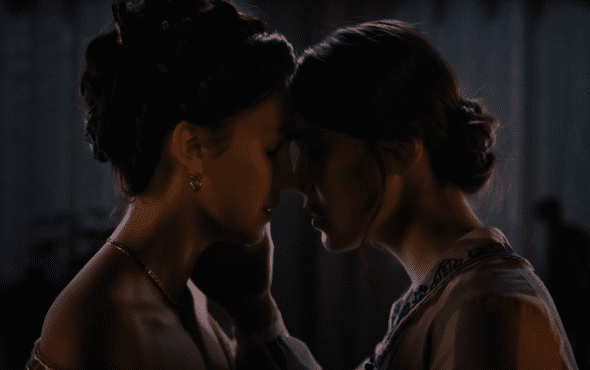 Here’s a breakdown of what OTP means and why the phrase has stuck around online LGBTQ+ communities.

Internet culture is packed with online specific phrases that can be confusing to someone outside fandom culture and internet circles.

One of the most popular phrases thrown around is the term OTP (one true pairing) which means one true pairing. If you’ve spent plenty of time on Tumblr, Twitter, or TikTok, then you’re likely familiar with the internet lingo, but for those who aren’t, here’s a simple breakdown of all those go-to terms.

OTP is commonly used for pairings of individuals that you really root for. Vouching for a pair is often called ‘shipping’.

Shipping stems from the word ‘relationship’ and refers to when fans, individuals, or a group of people hope for a pair to become romantically involved.

If fans are particularly invested in a ship or an OTP, they might call it ‘endgame’ e.g. Rue (Zendaya) and Jules (Hunter Schafer) from Euphoria are endgame for a lot of fans.

anyway if rue and jules aren't endgame, i'm fighting. if their relationship is a slowburn, i'm here for it. pic.twitter.com/RTyJpf8JPJ

Endgame is fandom and internet slang for when fans think their preferred pair of characters should be together when the series ends. It’s a commitment, truly.

For many OTPs and ships, fans will also create playful names that are portmanteaus of character names.

During the arrival of Lexa (Alycia Debnam-Carey) from the science fiction series The 100. Fans began to ship her with protagonist Clarke Griffin (Eliza Taylor). Once the pair ended up romantically involved, fans online would refer to them as ‘Clexa’.

Some OTPs and ships are formed outside of the plot of the film, TV series, or book, which means fans will often hope the pairing between the characters will become ‘canon’.

In the context of fan theories, fan fiction, and fanbases, canon clarifies whether a plotline is legitimately part of an on-going storyline or if its a product of fan theory and speculation.

Canon OTPs and ships have caused some controversy in fanbases and fandoms have addressed writers for queerbaiting through hinted relationships.

Star Wars fans were disappointed when characters Finn and Poe Dameron did not end up together despite their visible on-screen chemistry.

Fans of Pitch Perfect of Becca Mitchel and Chloe Beale, aka Bechloe shippers, accused the film franchise of queerbaiting.

A standout line from Pitch Perfect 2, said by Chloe, indicates the writers were fully aware of what they were angling for which angered fans: “You know Beca, we’re really close, but I think this trip is going to really let us discover everything about each other. You know, one of my biggest regrets is that I didn’t do enough experimenting in college.”

imagine the power they would've had if pitch perfect made bechloe canon pic.twitter.com/8zxY5LTZK4

The CW’s action-adventure adaption of DC Comics’ Supergirl has been under fire for its murky boundaries between protagonist Kara Danvers/Supergirl (Melissa Benoist) and Lena Luthor (Katie McGrath).

However, the series has pushed LGBTQ+ representation with a lesbian main character and achieving the milestone of featuring the first trans superhero on the small screen.

So, you might think online language is a weird modern scramble of words and phrases, but OTP has been around a lot longer than we think.

In fact, the phrase first surfaced in 2002 on LiveJournal. The phrase was spotted being used in reference to the hit boy band NSYNC, specifically the pairing of Joey Fatone and Lance Bass.