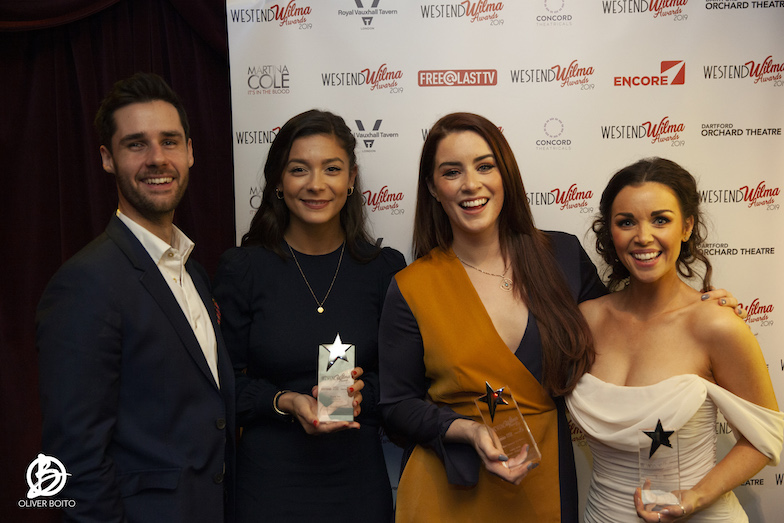 The West End Wilma awards celebrate the best of theatre but, in contrast to other more mainstream awards shows, shine a spotlight on off-West End shows, touring productions, ensemble cast members and understudies, too. Each award is voted for by the public, with the 2019 awards receiving a cumulative total just shy of 90,000 votes, reflecting the Wilma Awards’ popularity within the theatre community.

The delightfully camp celebration of theatre was compered by Sister Mary McArthur, who got proceedings off to an entertaining start with an amusing medley of musicals. The lovingly-crafted pastiche made reference not only to classic stage shows but also featured a handful of more contemporary nods, including Hamilton and Dear Evan Hansen.

Waitress was the big winner of the ceremony, picking up four awards including Best West End Show. Sarah O’Connor, who was nominated for Best Understudy, delivered a breathtaking performance of “She Used to be Mine” from the hit musical. The afternoon also featured a performance from the recipient of the Best Performer in an Off West End Show award Luke Bayer. He sang a song from Fiver, accompanied on keyboard by fellow Fiver co-star Alex Ellison.

Other productions celebrated at the awards included Kinky Boots, which was named the Best Touring Production, while the Regent’s Park Open Air Theatre staging of Little Shop of Horrors won the Best Off West End Show award. Grace Mouat was named best understudy for her role in Six, and Clive Carter picked up the Best Ensemble Performer award for his part in Come From Away.

More information, including a full list of winners and nominees, can be found here.