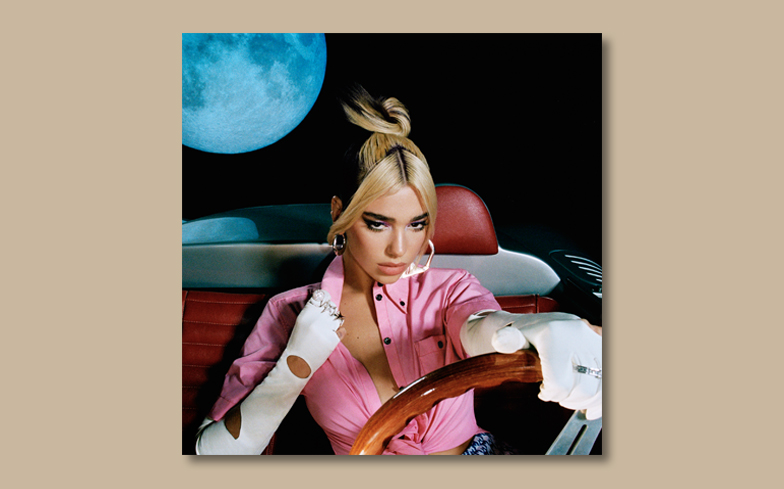 Dua Lipa has returned with a sensational sophomore album.

After an insanely successful first album – helped in no small part by the stratospheric success of anti-fuckboy anthem New Rules – there was a lot of pressure on the pop star to not only match the success of her self-titled debut, but excel even further.

Let’s get this out of the way first; Future Nostalgia is a masterpiece. There are genuinely no bad tracks here. But as any pop music stan knows, one of the most enjoyable parts of a new album release is debating which tracks rise above the rest, so that’s exactly what we’ve done.

Of course everyone has their own opinions – and we’re certainly not suggesting ours is definitive – but we’ve gone ahead and ranked every song on the album that’s bringing disco-pop back to the mainstream.

We’re more likely to stream the slow-burning Pretty Please on a lazy Sunday afternoon with a coffee in hand than hear it on the dancefloor, but it’s a cute bop that gets better with each listen.

Cool acts almost as a bridge between Dua’s self-titled debut album and the world of Future Nostalgia, but still gives us those 80s vibes we’ve been lapping up so far. Like Pretty Please, it’s more laid-back than the majority of the album, but still has a kick to it.

On the quirky-sounding Good In Bed, Dua exudes the swaggering confidence that her male counterparts in the industry are allowed to express free of judgement, as she brags about getting “good pipe in the moonlight” and tells a lover with poor communication skills, “we don’t know how to talk, but damn we know how to fuck”. We have to stan.

8. Boys Will Be Boys

After an album full of storming club bangers, closing track Boys Will Be Boys initially comes across a little out of place, but its powerful message sets it up to be a future feminist anthem. “It’s second nature to walk home before the sun goes down, now put your keys between your knuckles when there’s boys around,” she sings over a jarringly positive beat, before breaking the sonic fourth wall in the bridge, proclaiming “If you’re offended by this song, then you’re doing something wrong.” It’s reminiscent of fellow British pop icon Lily Allen at her most political, and we’re here for more of it.

If Daft Punk and Sister Sledge had a love child, we have a feeling this would be the outcome. Packed full of syncopated claps, vocoder-heavy backing vocals, and outer space references to “starlight” and “the Milky Way” as Dua declares she’s “feeling so electric, dance my arse off”, it’s an unabashed celebration of campy disco tropes, and a whole lot of fun.

“You want what now looks like? Let me give you a taste,” teases Dua on the album’s funky opening track. There aren’t many pop stars who could convincingly make such a claim – let alone for it to be true – but she’s earned that right with both critical and commercial success this era. The track’s post-chorus chant (“I know you ain’t used to a female alpha”), is one of the album’s finest moments.

While Dua has previously described her forte as “dance-crying”, Love Again sees the star reluctantly embrace a new interest with the help of gorgeous violin strings and the iconic muted trumpet of White Town’s Your Woman. “I can’t believe I finally found someone,” she cries on the soaring bridge, “I can’t believe I’m not afraid.” If it went just a little bit harder, it could easily be the album’s standout track.

Hallucinate isn’t trying to break any new ground, but it’s an example of pure pop music at its best. It’s a carefree joyride that evokes a number of 00s classics; the sparkly production of Booty Luv, the attitude of Girls Aloud at their best, and the stutter-y hooks of Lady Gaga’s early hits. It’s sure to be a fan favourite.

The most effortlessly cool track on the album is without a doubt Break My Heart, expertly merging elements of disco and funk and interpolating the sensual riff from INXS hit Need You Tonight, once again weaving elements of the past with her future-facing sound. It all culminates in one of the catchiest sure-to-be-hits of the year.

If you want a masterclass in creating a storming queer anthem that’ll set gay clubs alight for years to come, just listen to Physical. Every part of the song is perfection, from the pulsating synths that ooze anticipation, to that brief moment of silence and husky spoken word in the pre-chorus, and finally an explosive, shouty hook that everyone can roar along to in the club. It’s a love letter to everything great about 80s pop music, and the result is pure euphoria.

Upon it’s release, Don’t Start Now became an instant pop classic. Seriously, it’s hard to imagine how we ever lived without it. Serving as a spiritual (and superior) sequel to her signature hit New Rules, Dua survives heartbreak and comes out stronger for it, as she warns an ex-lover “don’t start caring about me now” because she’s too busy enjoying the single life. It follows that great tradition of pop music-as-therapy that’s been seen over the decades, from Gloria Gaynor’s I Will Survive right through to Little Mix’s Shout Out To My Ex. And what do all those songs all have in common? The gays eat. them. up. Dua struck gold with this one, and it’s destined to go down in history as a modern pop classic.

During an emotional Instagram Live, Dua confessed she wasn’t sure if releasing her album during the coronavirus pandemic was “the right thing” to do, but argued “the thing we need the most at the moment is joy”. Indeed, music has always given people the power to pull through difficult times, and we can’t think of a more uplifting album to dance along to through the storm right now than Future Nostalgia.