We ranked every song on Madonna’s new album Madame X 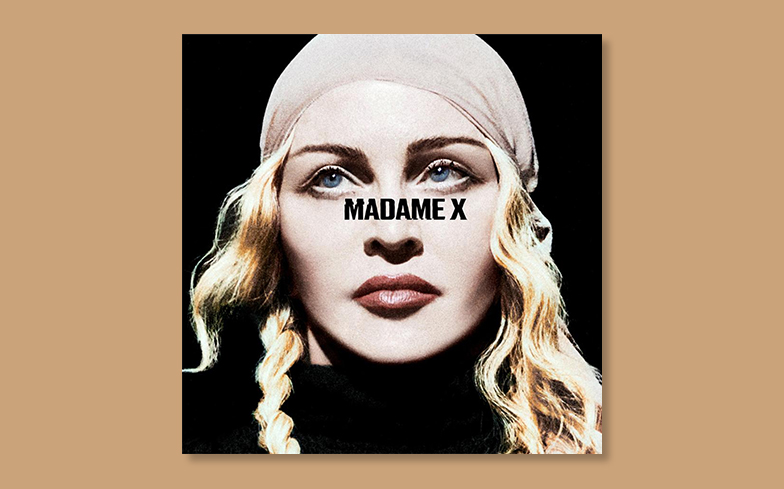 Madonna’s back with another stellar album in Madame X.

Four years after the Queen of Pop bared her Rebel Heart to the world, she’s taken a U-turn and released a Latin pop album inspired by her time living in Lisbon, Portugal – and it’s a decision we’re so glad she made, as the album is incredible.

But it’s also one of her most divisive releases in recent memory. Some love it, some hate it. Some think the Nutcracker-sampling Dark Ballet is genius, others prefer the more classic Madonna tracks like I Don’t Search I Find and Come Alive.

Of course everyone has their own opinions – and we’re certainly not suggesting ours is definitive – but we’ve gone ahead and ranked every song on the album following many, many listens since its release.

Unfortunately, this song just didn’t do anything for us. Nothing. Na-dah. Zilch.

Extreme Occident is the dictionary definition of a slow-burner, but the pay-off just isn’t worth it, unfortunately.

Come Alive reminds us of Incredible from Hard Candy; it’s a cute song, and we can bop to it, but it’s not on the same level as the rest of the album. This also seems to be the one song everyone can agree isn’t much of a standout.

Some of Madame X’s most introspective lyrics can be found on Looking For Mercy, which we always appreciate, so it’s a shame that the song is a little monotonous.

She’s not often credited for it, but Madonna has some of the greatest ballads in pop music history, and while I Rise isn’t top tier with masterpieces like Live To Tell and Take A Bow, it’s still a pleasant listen, and the messages (gun control, self-empowerment) are very welcome ones.

10. Killers Who Are Partying

Killers Who Are Partying has one of the most gorgeous instrumentals on Madame X, especially towards the latter half, but the lyrics brought it down a few places. “I will be gay, if the gay are burned,” she sings in the opening line. We appreciate the sentiment, of course, as Madonna sympathises with persecuted groups around the world, but it all comes across a little heavy-handed.

We weren’t too sure about Future after Madonna’s divisive Eurovision Song Contest performance, but we’ve grown to love it – ridiculous levels of autotune and all. Reggae-tinged beats courtesy of Diplo and optimistic lyrics about the future help sell the song.

Crazy sounds like it could be an experimental Rihanna outtake – something like FourFiveSeconds – and we mean that as a compliment. The stuttering chorus hook is something we don’t often hear from the Queen of Pop, but it works, and is sure to stay in your brain for days.

Putting two features from the same artist on your album may be unusual in the world of pop, but when the chemistry is this good, we honestly would have welcomed more from Madonna and Maluma. Do they have a ship-name yet? They should do. The song has the same chaotic energy as Rebel Heart absurdity Bitch I’m Madonna, but comes across much more natural for the Queen of Pop.

If we could’ve picked any Latin artist for Madonna to team up with, it would’ve been fellow pop goddess Anitta, so we’re ecstatic that pairing works so well. Instead of dragging Anitta into her world, Madonna gave herself over to the carnival soundspace that the Brazilian star inhabits so well – so much so that Madonna almost sounds like the featured artist here.

Refusing to renounce her faith in God over a manic sample of Dance Of The Reed Pipes from Tchaikovsky’s The Nutcracker Suite? That’s exactly what you’ll get with Dark Ballet, arguably the most bizarre songs of Madonna’s entire career. And we fucking love it.

Much like lead single Medellín, follow-up Crave didn’t have the immediate impact we expect from Madonna’s singles. But its smooth-as-butter vocal hooks and dreamy strings work their way into your brain on repeat listens, and its become a GAY TIMES favourite.

Many fans were thrown off when the Queen of Pop launched her new era with Medellín. It’s her most risky lead single since American Life, ditching her typical dance-heavy chart-topping sound for a laid-back Latin pop bop. But with time, we’ve come to realise it’s one of her best, and we can think of nothing better than sipping a cocktail on the beach as Madonna and Maluma caress our eardrums with their back-and-forth vocal work.

There was a lot of buzz about I Don’t Search I Find before Madame X dropped, and we can see why. If Justify My Love, Rescue Me and the best bits of Confessions On A Dance Floor had a lovechild, it’d be this. It even samples the finger snap from Vogue. Absolute heaven.

God Control is Madonna at her best; creative, dance-able and unexpected. We were initially fooled by the down-tempo intro, but once that angelic choir and disco-pop beat kicks in, it’s pure perfection. We’ve even grown to love the line about (not) smoking dope. Oh, and the music video? A masterpiece.

You can stream Madonna’s new album Madame X over on Apple Music and Spotify now.