A definitive ranking of every Rihanna album from worst to best 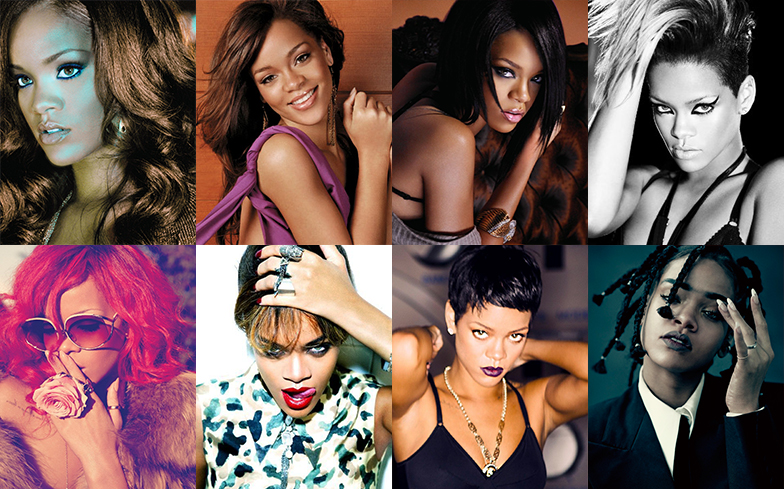 How else are we supposed to pass the time until R9?

It’s been three long years (almost four!) since Rihanna’s last record, the critically-acclaimed Anti, blessed our headphones, meaning this is now the longest time the Navy have had to wait for their queen to drop a new album. Seriously, they’re going crazy.

So, while we (im)patiently wait for even a snippet of new music, we’ve decided to revisit the singer’s eight studio albums and rank them in order from best to worst, while also choosing our favourite songs from each.

Does the chart-dominating Good Girl Gone Bad reach the top spot? Or will it be the critically-adored Anti? How about Loud and it’s numerous hit singles? There’s only one way to find out…

Standout tracks: Pon de Replay, If It’s Lovin’ That You Want, Music Of The Sun

Pon de Replay remains a great party-starter, and a few tracks like If It’s Lovin’ That You Want and Music Of The Sun are cute bops, but ultimately, this album isn’t a standout. It’s clear that Rihanna hadn’t found her sound or artistic identity at this point.

Rihanna started to get the world’s attention with SOS, her first chart-topper in the United States, and the heartbreaking ballad Unfaithful offered a glimpse of a more mature sound, one that would be explored in follow-up record Good Girl Gone Bad. Still, she hadn’t quite become the Rihanna we know and love today, and we rarely revisit this album.

It’s hard to comprehend how A+ pop moments like Diamonds and Stay could also sit alongside some of the worst songs of Rihanna’s career, but that’s what we got with Unapologetic. The album excelled with effortlessly cool songs Pour It Up, Nobody’s Business and Get It Over With, but garish attempts at EDM bangers like Jump and Right Now felt dated upon arrival, and just didn’t fit with the vibe of the record (it’s no surprise none of them were released as singles). Elsewhere, the excellent dual-track Love Without Tragedy/Mother Mary is an obscurity that could’ve quite easily featured on most recent album Anti. It’s without a doubt her messiest album, but there’s still some incredible gems to be found here.

Loud features some of the biggest and most iconic songs of Rihanna’s career. Only Girl (In The World) and Man Down are classics, California King Bed expertly toes the line between tender love song and stadium-filling power ballad, and a night out truly isn’t complete without slut-dropping to S&M on an elevated platform (bonus points if it’s the so-bad-it’s-good Britney Spears remix). The memorable red hair she flaunted during the era also proved Rihanna’s impact as a fashion icon. Despite all this, Loud didn’t feel like it had as much direction or artistic merit as the top four albums on our list, and the non-single tracks were a little forgettable. It was just a solid pop record – and there’s nothing wrong with that!

The R&B/pop combo found on Talk That Talk makes this Rihanna’s most danceable album yet, so it’s no surprise it performed so well both on the charts and among gay fans. The EDM double-punch of Where Have You Been and the Calvin Harris-produced We Found Love (which still inspires fervour in clubs across the UK even now) is exceptional, and the astonishing vocal performance on confessional mid-tempo love song Drunk On Love would prove even the harshest critics wrong. Talk That Talk is where the ‘bad gal’ Rihanna we know and love today was fully-formed, and for that we’re forever grateful.

Much like Britney Spears’ Blackout and Christina Aguilera’s Bionic, the dark pop of Rated R feels like the odd album out in Rihanna’s discography, but many LGBTQ fans still consider this a peak in her career. Maybe it’s the grittier sounds on tracks like Hard or Wait Your Turn; maybe it’s the heart-wrenching lyrics of Russian Roulette and Stupid In Love; or perhaps it’s the androgynous dominatrix-inspired aesthetic she adopted for the era, a far cry from the polished fashion darling she is today. While it would likely be accused of queer-baiting through a 2019 lens, the faux-lesbian anthem Te Amo was groundbreaking for a time when LGBTQ narratives in mainstream music were few and far between (it’s also one of her best songs and music videos). And don’t even get us started on gay club favourite Rude Boy, which is guaranteed to set the room on fire.

To many fans, Good Girl Gone Bad is the ultimate Rihanna album. There’s ballads, like the cutting ‘woman scorned’ anthem Take A Bow; smooth R&B mid-tempos including the Ne-Yo featuring Hate That I Love You and Justin Timberlake-penned Rehab; and of course all-out pop bangers like Don’t Stop The Music and Breakin’ Dishes. Umbrella, which remains a signature track to this day, brought with it extreme rainfall and flooding while it reigned at number one for a record-breaking 10 weeks in the UK – her power! Meanwhile, the criminally under-appreciated single Shut Up And Drive finally cemented its place in gay history as part of the best lip sync in Drag Race herstory between Tatianna and Alyssa Edwards in 2016. It’s rare to find a pop girl album where every track is a standout, but Rihanna achieved it with Good Girl Gone Bad.

Standout tracks: Kiss It Better, Love On The Brain, Close To You

After gaining notoriety for churning out new albums faster than any of her rivals could, Rihanna took a short break from music ahead of her eighth studio album Anti, and the wait paid off in droves. While her previous records focused more on chart-topping singles and dancefloor-ready bangers, Anti was arguably the first album from the Barbadian singer to truly embrace the ‘quality over quantity’ mantra. It wasn’t what many listeners were expecting, but it slow-burned its way into their hearts and became a favourite among both fans and critics, ending up on numerous ‘Best Albums of 2016’ lists. Lead single Work saw the singer embrace Jamaican Patois and dancehall sounds; Love On The Brain, with its soaring vocals, would win even the strongest Rihanna critics over; somber ballad Close To You has the power to crack the coldest of hearts; and the full-throttle rock star anthem Kiss It Better remains her best song of all time. Anti pushed the boundaries of what an R&B album could be, and what a Rihanna record should sound like. We can’t wait to see what comes next.