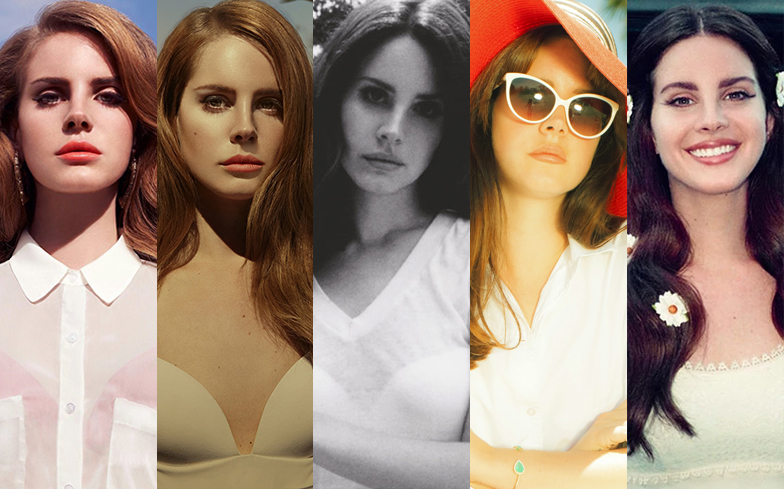 We don’t casually like Lana Del Rey’s music, we’re obsessed with it.

It feels like forever since we were gifted with Lana’s last album Lust For Life, and we’ve all been patiently waiting (some more patiently than others) for the release of her upcoming sixth studio album Norman Fucking Rockwell.

Despite keeping very shtum, Lana has finally blessed us with some information. Last month, while performing at a music festival in Spain, Lana told the crowd, “It’s coming out in two months”. From our calculations, we’re guessing that means it will be out in late August or early September, so our fingers are crossed. We’ve never been more ready.

Lana hasn’t left us high and dry, though. In the lead up to Norman Fucking Rockwell, she’s bestowed upon us Mariners Apartment Complex, Venice Bitch, Hope Is a Dangerous Thing, and a gorgeous cover of Sublime’s Doin’ Time. She’s even teased a collaboration with Ariana Grande and Miley Cyrus for the soundtrack to Charlie’s Angels.

In anticipation of Norman Fucking Rockwell, we’ve ranked Lana’s albums from worst to best, including what we believe are her stand out tracks. Remember that music taste is subjective, so don’t hate us Lana stans, these are only opinions…. Standout tracks: Off To The Races, National Anthem, Dark Paradise

Born To Die kickstarted Lana’s career and is possibly one of the greatest major-label debut albums of the century. Theres something incredibly special about this era – it introduced a specific style the mainstream had never seen before, paving the way for the next generation of alternative pop girls like Billie Eilish and Halsey, and was very different from anything else the late 2000s and early 2010s had to offer. Even now, when we listen to singles Video Games or Born To Die, there’s an intense sense of nostalgia. It really epitomises the sad-core aesthetic associated with those early Tumblr days we stuff to the back of our minds. Though it might not have aged as well as her other records, and feels very reflective of its time, it’s still a gorgeous album that we love to revisit every now and then. Her most mature and hopeful album yet, Lust For Life is a clear departure from her previous sound and is considerably less indulgent than its counter parts. It’s a little overwhelming, as there is sense of pulling in different directions, what with all the collaborations, and it was definitely a grower. The album consists of what we would consider to be some of Lana’s all time best tracks – Love, Heroin,13 Beaches, Get Free etc. However there are also there are a few tracks that could have possibly been left out. Nevertheless, it was refreshing to witness Lana ‘come out of the black and into the blue’ and Lust For Life appropriately reflects shifts within her and all of us as we’ve grown together. Lana re-released Born To Die as the Paradise Edition, which included nine extra tracks (including Burning Desire, a bonus iTunes track), but for this ranking we’re counting it as an individual album, as it certainly stands well on its own. Paradise really plays into a gloomy glamorous pop aesthetic with its organic instrumentals and clear, angelic melodies. Although they are obviously sisters albums, the growth between Born To Die and Paradise is so prominent. It’s sexier and and more scandalous, while still maintaining its classy composure. We also can’t talk about Paradise without mentioning the trippy masterpiece that is Tropico, a short film starring Lana Del Rey as Eve and Shaun Ross as Adam. Paradise will always be special, our heart can’t help but skip a beat as soon as the instrumental for Ride begins. However, it’s been almost seven years since Paradise was released, and we’re still here waiting for our sugar daddy to arrive. Side note: Gods And Monsters is back on Spotify! We’ve found the general consensus of Honeymoon is that it initially appears boring, but similarly to Lust For Life it was definitely a grower, and we now consider it her dreamiest, most hypnotic album to date. The album is beautifully produced and the development of her craft is so apparent within this body of work. Honeymoon feels incredibly genuine, and is an embodiment of the noir goddess herself with its mesmerising combinations of ‘oohs and aahs’, jazzy, bluesy undertones and cinematic instrumentals. We can’t think of a song that makes us feel sexier than Freak. It’s an escapist album that has been elegantly executed, and that’s why we’ve ranked it so highly. At number one, it’s the spectacular Ultraviolence. Produced by the Black Keys’ Dan Auerbach, this ultimately is Lana’s rawest and most rock-heavy record yet. The moment Cruel World begins playing, it immediately puts you in the mood and sets the tone for the rest of the album. It’s dark while uniquely charming and unapologetically feminine. The tempo, the vocal layering and the slow guitar combination provide the perfect melancholy summer album. Ultraviolence is incredibly cohesive despite presenting various sides to Lana; the tortured romantic, the hipster, and the party girl. The album is incredibly introspective, and provides hints of self irony while still providing a space for acceptance when in bad situations.