We ranked every single Lady Gaga album from worst to best 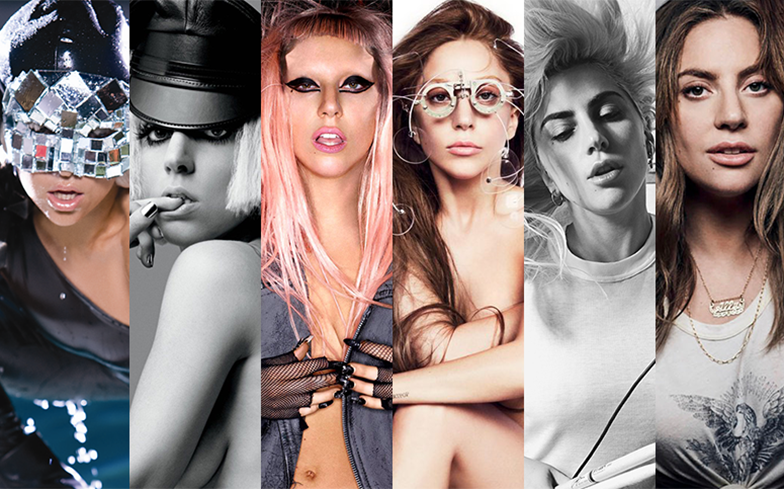 LG6 is coming! This week, Lady Gaga announced the release of her long-awaited comeback single, Stupid Love, sending fans in a frenzy; which is understandable, considering the pop superstar hasn’t released a solo album since 2016.

In celebration of her upcoming pop comeback, we ranked every single one of Gaga’s albums from worst to best.

Does her most recent release, the soundtrack for A Star Is Born, beat her mammoth of a debut, The Fame? Or her most praised work so far, The Fame Monster? What about her collaborative jazz album, Cheek to Cheek? Take a look below…

7. Cheek to Cheek (with Tony Bennett) Standout tracks: I Can’t Give You Anything But Love, Anything Goes, Bang Bang (My Baby Shot Me Down)

Gaga’s fourth studio album, Cheek to Cheek, was a collaborative album with jazz icon, Tony Bennett. Released shortly after ARTPOP, it was a massive change in direction for the pop queen, but it still made a dent in the charts with a number one debut on the US Billboard 200. It ranks as our lowest Gaga album because it was cover after cover, and wasn’t the Gaga we know, but we can still commend the star for diversifying her sound and showing off her immense vocal talents. The Joanne era saw Gaga take a step back from her outlandish, drag-esque attire for a more stripped down, laidback, cowgirl-influenced lewk and sound, and it was great, but it wasn’t what we needed from the performer after a three year absence from pop. Perfect Illusion was a cute electro-rock bop, but it massively underperformed, becoming her first lead single to not chart in the UK or US top ten. However, some of the album tracks were flawless. Dancin’ in Circles, Diamond Heart and Hey Girl (with Florence Welch) in particular were fire.

Gaga’s most recent release – a collaboration with American actor Bradley Cooper – is where she hit a new career peak. Its lead single, Shallow, topped the charts in the UK in the same week that the album and film were at number one, which has never been achieved by any other performer, and landed both artists a Golden Globe, two Grammys and an Academy Award. The album also features three of Gaga’s best ballads in Always Remember Us This Way, I’ll Never Love Again and I Don’t Know What Love Is, but also hosts some of her best bops: Heal Me, Why Did You Do That? and Hair, Body, Face. It’s a future classic.

The Fame launched Gaga’s career and catapulted her into the Monster Mother she is today. The album’s first two singles, Just Dance and Poker Face, are two of the biggest selling singles in history, and the album has sold over 15 million copies worldwide. So yeah, it was big. Although it hasn’t aged as well as her other albums, it still features bop after bop, with tracks such as Boys Boys Boys, Money Honey, Beautiful Dirty Rich… It’s a classic, honestly. It may have been trendy to begrudge Gaga’s avant-garde 2013 album ARTPOP – which is somewhat understandable, as expectations were set so high following the stratospheric success of The Fame Monster and Born This Way – but we’re firm in our belief that it’s one of the most creative, ambitious projects a pop star has ever released. Ranging from R&B (Do What U Want) to rap (Jewels N’ Drugs) to 80s glam-rock (Venus) to pure dance (Applause), the album proved Gaga’s status as the ultimate chameleon of pop music. Sure, there are some missteps – we’re looking at you, Dope – but overall the album was so rambunctious and unapologetic in its camp nature that we were willing to look past them. Besides, when an album features a bisexual anthem (Sexxx Dreams) that erupts into its chorus with a lyric as audacious as, “When I lie in bed, I touch myself and think of you,” you can’t help but fall for it. Born This Way is, without question, Gaga’s most versatile work to date, even more so than ARTPOP. It incorporates genres such as electronic rock, pop, opera, heavy metal, disco, house, and rock and roll, while its lyrical content touches upon topics such as sexuality, feminism, religion and freedom. She certified herself as the supreme of queer self-love anthems with the title track, and continued to provide us with stellar pop moments in tracks such as Judas, The Edge of Glory, Scheiße, Heavy Metal Lover and Marry the Night. We loved everything about this era, except for the fact that Scheibe didn’t receive a video. Is it too late to start a change.org petition? Anyone?

It had to be this one, surely? Yes we know, in some countries it’s just considered an EP or an extension of The Fame, but even Gaga said it was its own body of work. It ranks as our favourite because it is quintessential Gaga. Bad Romance, Telephone and Alejandro are her best consecutive releases to date, all of which were accompanied by groundbreaking videos that stunned pop culture. It’s one of the rare albums where every single song could’ve received the single treatment, especially tracks such as Dance in the Dark, Monster and So Happy I Could Die. It’s pop perfection, and it’s where Gaga really showed the world that she was a force to be reckoned with.