We ranked every single Katy Perry album from worst to best 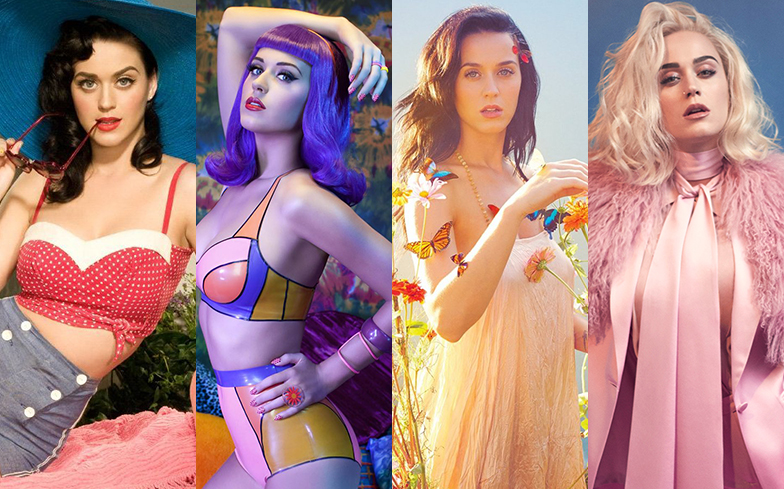 Katy Perry is one of the defining pop stars of the 21st century.

With just four studio albums to her name, she’s delivered some of the biggest pop culture moments of the last two decades, from bicurious anthem I Kissed A Girl to summer smash California Gurls and the meme-inducing Swish Swish.

As she gears up for another assault on the charts with the excellent Zedd feature 365, we’re looking back over her decade-long career of hits and ranking Katy’s studio albums One Of The Boys, Teenage Dream, Prism and Witness from worst to best.

Side note: We’re not counting her eponymous debut album, released under real name Katy Hudson, because it’s not technically a Katy Perry release… and no one’s heard it anyway. We wouldn’t wish the promotional campaign surrounding Witness on anyone; the album was hyped to the heavens with a ridiculously large marketing budget behind it (which included Katy live-streaming her life for four days straight, Big Brother style), yet it became shrouded in controversy and cries from Twitter stan accounts that one of pop’s finest stars had finally burned out, which she later revealed “broke [her] heart” and left her with situational bouts of depression. Despite this, Witness still topped the charts in the United States, and the actual music really wasn’t that bad. Electronic club anthem Bon Appétit deserved better with its stabby synths and food-as-sex metaphors, and Swish Swish is still guaranteed to get the gays going crazy after a few vodka sodas. The latter half of the album becomes a little filler-heavy, leaving it at the bottom of our list, but it’s by no means a bad album. Besides, it has one of the best bonus tracks we’ve ever heard on a pop record: Act My Age. In Prism, Katy attempted to continue the success from sophomore release Teenage Dream, and for the most part she succeeded. Lead single Roar left a slightly poor first impression, sounding almost identical to what came before, but fortunately the album delivered more original bops when it dropped. Walking On Air captured our imagination with its throwback 90s house-influenced sound, and Legendary Lovers delivered banghra-inspired beats and soaring vocals to create one of our favourite songs from her career so far. Like Witness after it, the album ebbs a little in the second half, but does feature some genuinely moving displays of emotion in Double Rainbow and By The Grace Of God. Prism never reaches the heights of Teenage Dream, but it comes close enough to make it into our pop hall of fame. Standout tracks: Hot N Cold, If You Can Afford Me, Self Inflicted

Given the immense popularity of its follow-up, it seems many people have forgotten about Katy’s debut studio album One Of The Boys, which found the future pop superstar at a crossroads between her soft-rock Christian days and the bubblegum pop sensibilities that she’s become known for. It’s a shame, because the unpolished vocals, guitar-driven sound and retro Betty Boop-inspired visuals worked well for Katy. Hot N Cold remains one of her biggest earworms to date, the bittersweet Thinking Of You is as heartbreaking as ever, and despite all it’s queer-baiting controversy, lead single I Kissed A Girl did push the celebration of same-sex desire into a stale, heteronormative music scene when few others would – even if it did come from a straight pop star arguably for the male gaze. The atrocious, stereotype-ridden Ur So Gay (which has since been removed from her YouTube channel) aside, One Of The Boys is a near-perfect pop-rock album that deserves more recognition. Standout tracks: Teenage Dream, The One That Got Away, Hummingbird Heartbeat

Katy’s sophomore release set the blueprint for the perfect pop album. Chart-topping songs? Check. Iconic visuals? Check. Cultural impact? Check. When it came out in 2010, Teenage Dream was inescapable even for the most pop culture-averse, producing a seemingly endless string of hit singles, five of which hit the number one spot in the United States, making her the first female artist ever to achieve such a milestone (the only other artist to do this before her was Michael Jackson with his 1987 album Bad, which speaks volumes about its popularity). But putting the many (many) records and achievements aside, Teenage Dream is, at it’s core, a pure joy to listen to, catapulting listeners back to the best imaginary summer of their lives along with the picture-perfect love, heart-pounding sex and devastating heartbreak that comes with it. California Gurls, Firework and Peacock provide the unrelenting pop bangers we love; The One That Got Away offers nostalgia for a lost love in droves; and Circle The Drain is a neat throwback to the more rock-influenced sound of her early days. Meanwhile, title track Teenage Dream still stands as one of – if not the – greatest pop songs of all time.

Related: We ranked every single Britney Spears album from worst to best

Related: We ranked all seven Pink albums – which one comes out on top?

Related: We ranked every single Lady Gaga album from worst to best