We ranked every Lily Allen album from worst to best 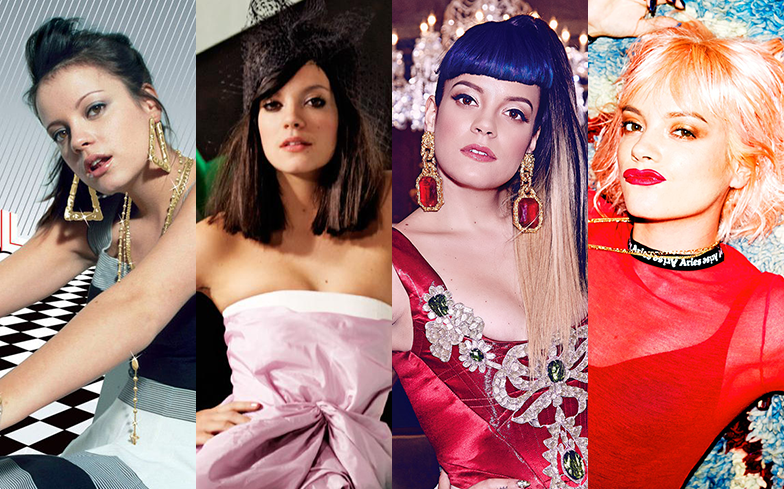 Lily Allen is a name everyone in the UK knows.

Fans growing up in the late 2000s celebrated her fearlessness, and haters undermined her opinions with pictures of her vagina (something she later reclaimed via Twitter). Then the press warped her into what she refers to in her memoirs as ‘Cartoon Lily’, a person that became separate to who she felt she was.

My Thoughts Exactly, released in September 2018, offers a brutally honest look at her life from childhood to present day, through drug abuse, sexual insecurity, and the harrowing loss of her first child.

It says a lot that while we were reading this in public, a surprising number of straight white men offered us unsolicited opinions about her – an ongoing theme she addresses several times in the book.

To celebrate the book being announced in paperback, we’ve ranked her albums from worst to best. Any album that includes a song about how long your man lasts in bed is never really the worst of any list, but something has to go first, and the controversy around this album put it in the headlines for all the wrong reasons. Lead single Hard Out Here was a witty take on the modern feminist movement, but was far overshadowed by the twerking dancers she featured in the video (something she goes into detail on in the book). While the album has some classic Lily moments, it never fully gels together. Standout tracks: Everyone’s At It, Not Fair, Never Gonna Happen

When lead single The Fear dropped, it knocked Lady Gaga’s epic debut Just Dance from the top of the charts, and that says a lot about the way Lily resonates with the British public. This album felt like it was where she had the most coherent message and was the most relatable. Who hasn’t just wanted a quiet night in with a Chinese and a brew? Who hasn’t wanted to sing to their ex a loud and clear Fuck You?

Released in 2018, No Shame marked a new direction for Lily – totally doing her own thing without a lot of oversight, writing frankly this time not just about other people’s failings, but her own. Going on her own path meant she was free of record label interjection, but it also meant if it went badly, she’d be the only one to blame. Not surprisingly, this album is an incredibly honest and sometimes heartbreaking look into the intimate parts of her life.

It was a tough choice to put this ahead of No Shame, but when Lily landed on the scene in the summer of 2006 with Smile, it set the tone for the Lily we know and love to this day, and the album is as listenable and relevant now as it was then. It was Lily when there was no pressure to perform. London is still recognisable in LDN, and my Nan still buys the paper for the coupons, and Alfie…has actually done quite well for himself…

My Thoughts Exactly is out now, available as paperback in July.