We celebrate Love Theatre Day with our top 10 theatrical interviews 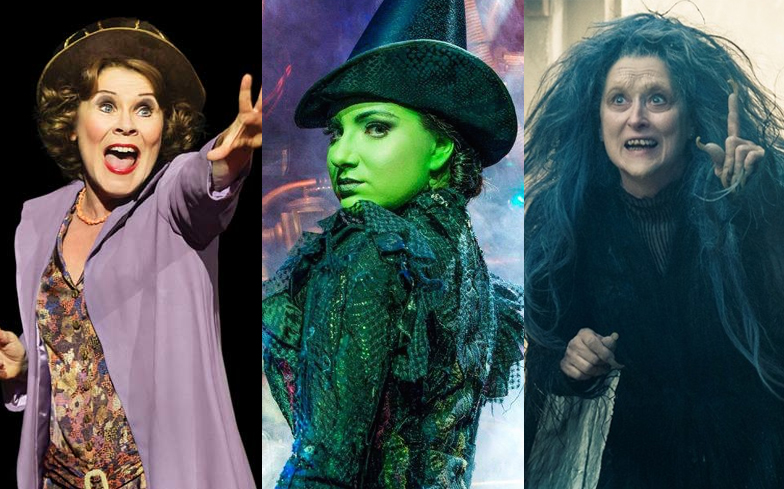 Curtain up as today is #LoveTheatreDay, so there’s no better excuse than to go through our top 10 theatrical interviews from gaytimes.co.uk.

Call it, a trip down the Yellow Brick Road with Gay Times…

10. Gay Times meets the cast of The Bodyguard musical.

“What she was doing, not only with her range, but with her power. Who had seen anything like that before? We hadn’t! The last person that came along and vocally changed the way everybody sang was Aretha. And before her, Ella Fitzgerald. Then when Whitney came along and everything changed again.”

9. Kimberley Walsh on life as a West End leading lady in Elf – The Musical.

“Touring for so long, it’s such good grounding for your stamina for anything else that you do. Nothing is ever going to be as intense as that. Y’know, I’m with the girls for the full show time. But thankfully, there’s time where I can have a pause or moment away from the stage. It’s a big undertaking to play to a few thousand people every night and ensure I deliver. People have paid to come watch the show, so every night has got to be the best I can do. That’s the challenge and I love it.”

“Seriously, I love you guys. You don’t understand. Equality is so important to me. It really is.

“Our show features strong women, in addition to a strength, and there’s an intellectual strength and command, plus ownership of self. I think that’s a story that’s also relatable. And then this feeling of overcoming. You’re rooting for somebody. That’s what I think is strongest about our show: it highlights different types of women who, at their root, have those things happening within them. That’s what’s exciting.”

“I think our piece has a lot of heart and truth, and a lot of people that have seen the film can expect a lot of the Disney songs and can expect a lot of truth at our show. It’s a lot different to pantomimes. There is elements of panto that’s part of the whole Disney feel. There’s something for everyone.”

6. Gay Times talks Into The Woods with Meryl Streep.

“I didn’t know him [Stephen Sondheim] at all and I was really excited to be there… I said, can you give me the sheet music? Could you autograph it? He wrote – ‘don’t fuck it up.’”

5. Gay Times meets Mark Gatiss, Ian Hallard and the cast of The Boys in the Band.

“For young people in general, but particularly in young gay men, there’s no idea of before. They don’t tend to know what happened six-months before. What happened is ancient history to them so it’s very important to acknowledge what people went through as we’re standing on the shoulders of giants.”

4. On Judy Garland’s birthday, we talk to Lorna Luft about the lasting memory of her iconic mother.

“Being brutally honest with you, I believe that the gay community has kept my mother’s memory intact, and I’m incredibly grateful for that. I have a great respect and a great pride for equality for everyone, and I have fought, I have marched, I have sung, I have preached about this.”

Rachel Tucker — “I revel in the fact that I’m the official green girl that gets to sing Defying Gravity and the only person who gets to sing it in London. I revel in that as it’s an honour and a privilege. People that come to see Wicked want to hear it and they get to hear me sing it. It’s a pleasure and a joy.”

We're pleased to release new images of @racheltucker1 as Elphaba as she returns to lead our #Wicked10 cast! pic.twitter.com/EP71oBZV03

Jackie Hughes — “For me, I urge anyone who feels alone, or feels that they might be an outcast, to know they’re not! You’re so not. There’s always someone who is there, who can help you or you can confide in. It’s just finding those people to help you, but I promise they’re there.”

“I come from a world where there’s so many fucking rules and everybody’s got their fucking hand up. It wasn’t like that in this show. It was one for all and all for one.”