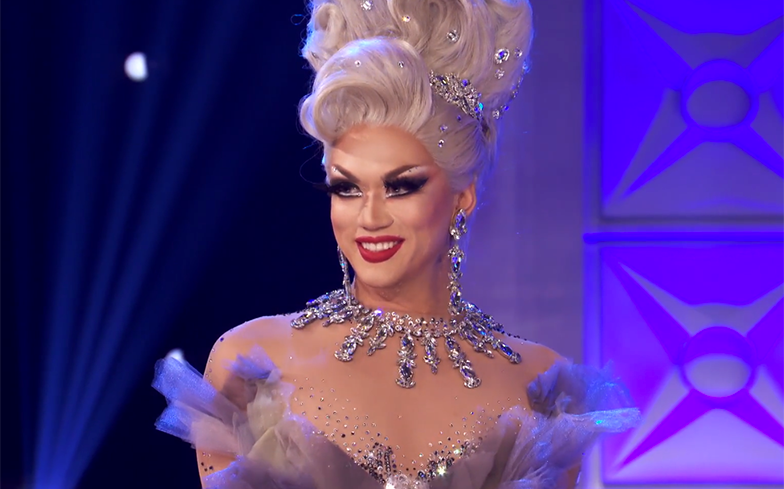 Manila Luzon has once again left us gooped and gagged with one of her fierce unseen runway lewks from this season of Drag Race All Stars 4.

The self-described “Double All Star” recently shared her “clown couture” extravaganza – which was ultimately not used this season – and it’s a hilarious homage to one of the show’s most iconic contestants, Bianca Del Rio.

The outfit sees Manila dressed in her finest pirate attire with Bianca’s face plastered over a dress. Also – ginger Manila! What a slay!

“If you’re gunna be a clown, be THE CLOWN!” she wrote on Instagram. “Thank you Bianca Del Rio or lending me your dress! I promise I’ll return it whenever you’re home from your “It’s Jester Joke” tour!”

See the sickening lewk below.

Last week, Manila also shared the lewk she had planned for the Kitty Girl Couture runway, and again, it was fieeeeeerce honey!

She uploaded the gag-worthy outfit onto her Instagram page alongside the caption: “We are Siamese if you please!”

Fans went crayzay for the lewk, with some even going as far to say it’s one of her best ever. Take a look below.

When we spoke to Manila following her controversial elimination this month, she told us: “I am bummed that I had to go home but having my husband in the werk room and competing with me is just a reminder that RuPaul’s Drag Race is one stepping stone in my adventure.”

Oh, and she revealed whether she’d return to the franchise for a fourth time… Read the full interview with Manila here.

All ten episodes of Drag All Stars 4 are now available to stream on NOW TV.

Related: Here’s how former Drag Race contestants reacted to the All Stars 4 finale.