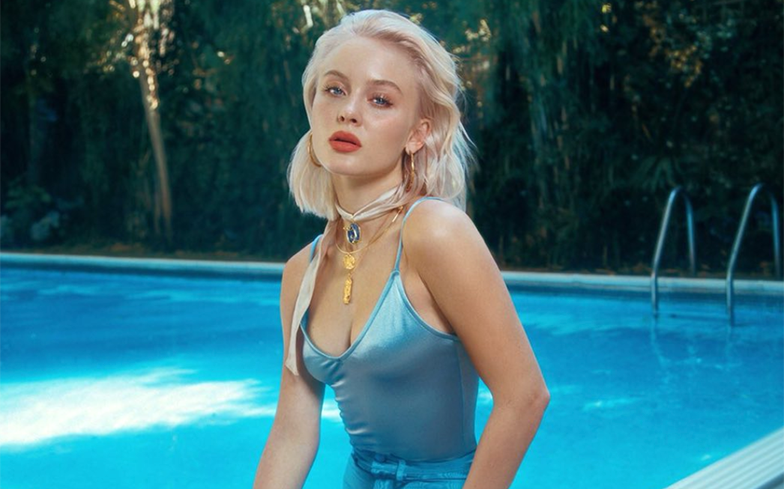 The single – which is available now on iTunes and streaming services – is the first track taken from her upcoming and highly-anticipated third studio album. In the clip, Zara serves fashion, choreo and high-budget set pieces, and we are living for it.

“I’ve been there, when you’re coming out of a bad relationship and you just know this person is really bad for you, but you can’t help wanting to go back,” Zara told Popjustice of the story behind her new single.

“You’re like: ‘I know he’ll ruin my life, he’ll break my heart and I won’t be able to eat or sleep for three months, but I WANT IT NOW.’ I think everyone’s been there. Or after two drinks you can’t stop yourself sending the texts.

“But… I also argue against myself when it comes to songs. I’m very careful with things I say. And I don’t want people — young girls and women — to listen to the song and… Like, I don’t want to be a girl who promotes bad relationships. ‘Just go back to him, it’ll be fine.’

“I don’t want to do that. But I do also want to be an artist who can express something I’m feeling or that I’ve been through.”

Zara also revealed that she has been in the studio writing new songs with Charli XCX, and would like to include a duet with a female artist on her next album.

Ruin My Life follows Zara’s huge hits Lush Life, Ain’t My Fault, I Would Like, and her Clean Bandit collaboration Symphony.

Her second album So Good – released back in 2017 – is the second most-streamed by a female artist on Spotify ever.