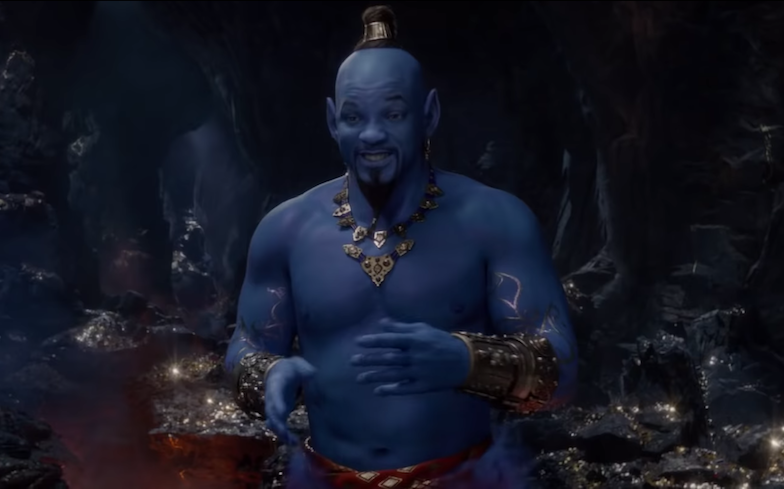 The short teaser debuted during last night’s Grammy Awards (10 February) and shows the Academy Award nominated actor in action for the first time.

We first saw him take over Robin Williams’ iconic role for Entertainment Weekly, which received mixed reviews for looking too pantomime, but it’s safe to say he’s proven us all wrong (phew).

“The thing that will be the major addition from me playing the Genie is the hip-hop base. I think that’ll be fun for people. I think it’ll stand out as unique even in the Disney world. There hasn’t been a lot of that hip-hop flavor in Disney history!”

Elsewhere in the trailer, we get a closer look at Mena Massoud, Naomi Scott and Marwan Kenzari as the title character, Jasmine and Jafar.

The highly-anticipated film – which is directed by Guy Ritchie – will be released 24 May in the United States. Watch the trailer below.