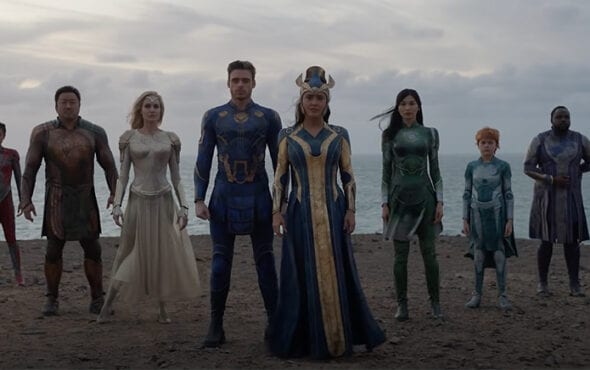 We may have had to wait an extra year to watch Marvel’s new epic superhero film Eternals, but judging by this first trailer it’s going to be well worth the wait.

Directed by Academy Award-winning director Chloé Zhao, Eternals takes place in thousands of year as it follows a group of immortal beings who have shaped the fate of humanity and civilization.

For more than 7,000 years they’ve quietly existed in the background, but following the events of Avengers: Endgame they reunite to protect humanity from their threatening counterparts the Deviants.

Brian Tyree Henry stars as Phastos who will be the Marvel Cinematic Universe’s first openly gay male superhero. He will be joined by Haaz Sleiman who will play his on-screen husband. 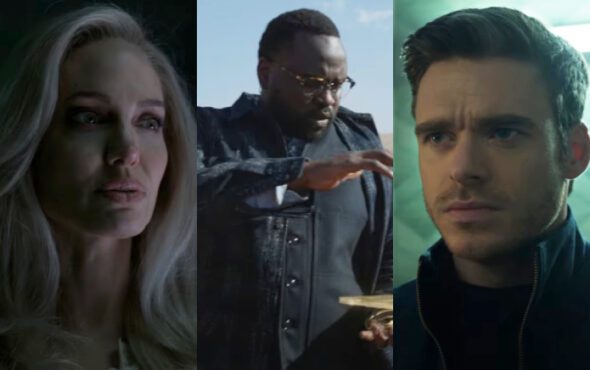 Although we have seen hints of queer representation in the MCU before with Tessa Thompson’s Valkyrie, Eternals will give us the first instance of some significant LGBTQ+ visibility in the franchise.

We see the dynamics of this other-worldly superhero team in this first trailer for Eternals, which sets the scene for a phenomenal big-screen debut for these much-loved comic book characters.

Valkyrie’s bisexuality is expected to be further explored in the MCU’s upcoming Thor: Love and Thunder, which follows the release of Eternals in 2022.

Eternals is one of the most highly-anticipated titles in Marvel’s Phase Four slate, and will be released in cinemas on 5 November.

Before then we have Black Widow’s long-awaited solo movie on 9 July, and the incredible Shang-Chi and the Legend of the Ten Rings on 3 September.