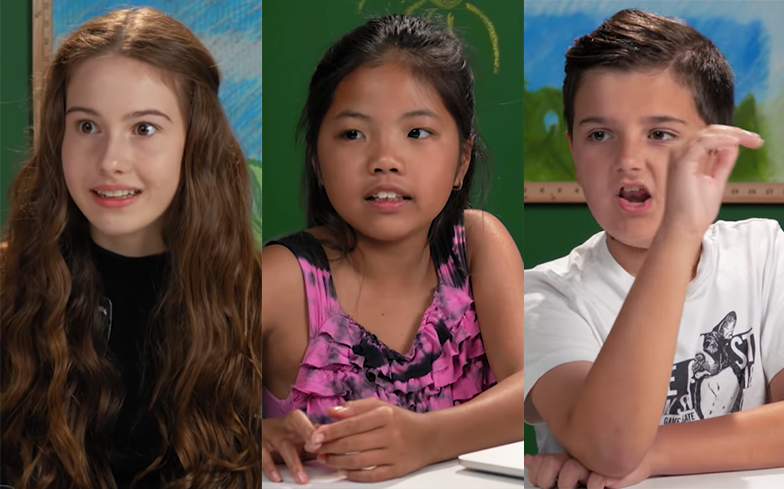 What do kids think of Bert and Ernie being a couple?

That’s the question posed by the latest Kids React video on YouTube, which asks a group of children to share their honest thoughts on the news that former Sesame Street writer Mark Saltzman had always imagined the puppets as a “loving couple”.

When asked what the two character’s relationship is, most of the kids believed they were either best friends or brothers, but when it was suggested that they might be a couple, the kids were largely positive about the idea.

“I don’t see any problem with it, it’s how they want to live so let them live like that. There’s nothing wrong. They’re just people like all of us,” said 10-year-old Katrina.

“I think it’s really important that we open up to different things,” said 13-year-old Chloe, before later adding: “People just need to get over it. There’s worse things in the world than a boy dating a boy, and a girl dating a girl.”

The kids were also asked whether they could think of any gay characters in the shows they watch, and the majority of them struggled to find an answer, although a few did highlight The Loud House and Steven’s Universe as having representation.

Asked if there should be more gay characters in kids shows, nine-year-old Max said: “Kids should know these things, and not grow up to be like, ‘Thats weird’ and ‘Ew’. No, they should be ok with that, and I think that’s great.”