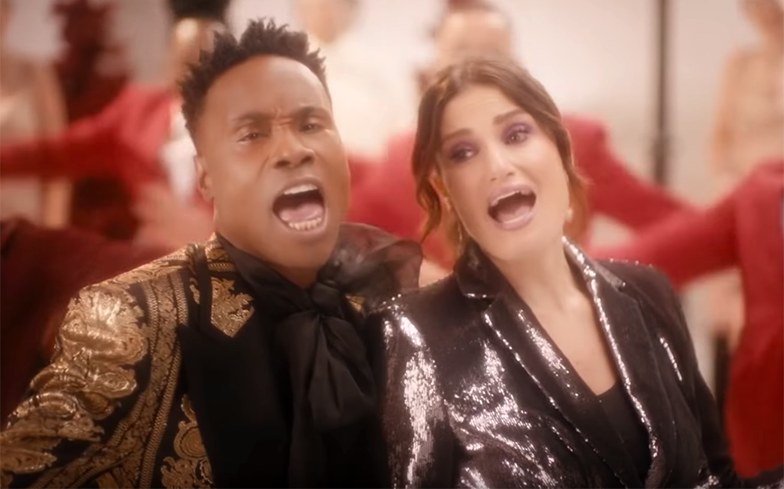 This is destined to be a classic.

Idina Menzel and Billy Porter have joined forces for a new rendition of I Got My Love To Keep Me Warm.

The Tony Award-winning performers showcase their powerhouse vocals for the show-stopping new rendition of Irving Berlin’s holiday classic, which is taken from Menzel’s new Christmas-themed studio album, Christmas: A Season of Love.

The legendary Broadway stars have also released a festive video to accompany the track. We have a feeling this will receive heavy rotation on music video channels for years to come – watch the visual for I Got My Love To Keep Me Warm below.

Menzel currently stars as Queen Elsa in the long-awaited Frozen sequel. So far, the blockbuster has grossed over $742 million worldwide and boasts the highest all-time worldwide opening for an animated film.

Porter just made history by becoming the first openly gay black man to win the trophy for Outstanding Lead Actor in a Drama Series. He won for his critically-acclaimed role as Pray Tell in Ryan Murphy’s LGBTQ drama Pose.