Watch the trailer for the Charmed reboot that has fans fuming 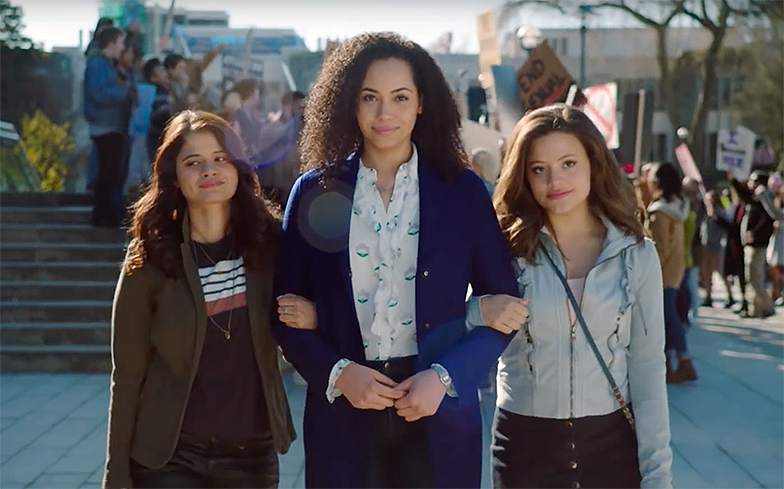 Has the Book of Shadows been handed over too soon?

Charmed’s upcoming reboot has received universal backlash from fans and critics following the release of its first official trailer.

The series – from the mind of Jane the Virgin’s creator, Jennie Snyder Urman – will follow three sister witches who discover their magical ancestry after the suspicious murder of their mother.

Unlike the original, the sisters are Latina and their names start with an ‘M’, as opposed to ‘P’. The series will also feature an LGBTQ character in Mel Pruitt, a “strong-willed feminist” lesbian in her mid-20’s with a police detective girlfriend called Soo-Jin.

Like Piper Halliwell’s character in the original, Mel will be able to stop time. Macy, the oldest sister, is telekinetic, while Madison can hear people’s thoughts – which differs from Phoebe’s primary power of premonition.

Since the trailer’s debut, it has received 1.7k likes and 2.5k dislikes.

“We want old actors old Charmed House and old THE BOOK OF SHADOWS,” said one fan. “Bring back old actresses.”

Another said: “I really tried to keep an open mind, but this trailer doesn’t look very good. The acting is bad and the special effects look worse then Charmed’s season 1 from 1999. I don’t think I can. I might try, but seriously….please fix the acting and the effects!”

The CW said that the reboot will be a “fierce, funny, feminist reboot” centered on “three sisters in a college town who discover they are witches”, which wasn’t well received by fans and previous cast members for discrediting the original’s feminist credentials.

The show developed a cult following, and is often described by critics as one of the most influential television shows of all time. So yeah, the backlash was to be expected…