Watch the trailer for Chilling Adventures of Sabrina: A Midwinter’s Tale 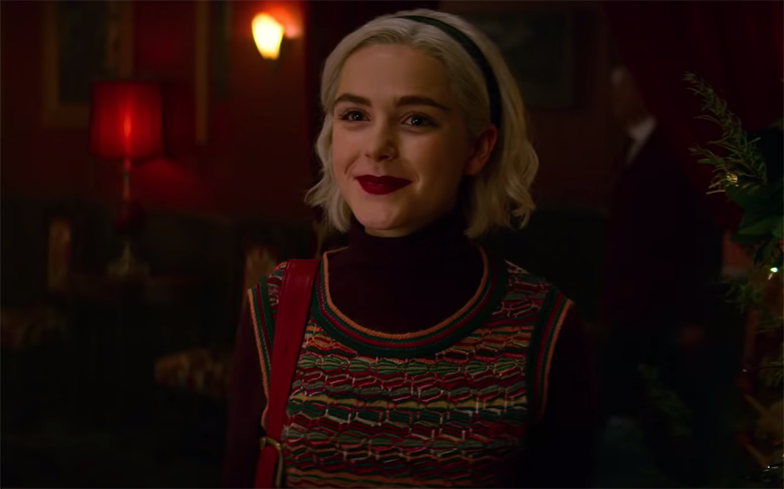 The Spellman family will not be having a relaxing Christmas this year, that’s for sure.

In the brand new trailer for Chilling Adventures of Sabrina: A Midwinter’s Tale, the witches – as well as Sabrina’s friends and boyfriend, Harvey – are once again under attack from the forces of darkness.

The synopsis reads: “The Church of Night, like all covens, celebrates the Winter Solstice — the longest night of the year — when families gather around the Yule Fire to sing pagan carols and tell ghost stories.

“But the holidays are also a time for guests and visitors — both welcome and unwelcome — you never know what might come down the chimney.”

Chilling Adventures of Sabrina: A Midwinter’s Tale will debut 14 December on Netflix.

The first trailer for the series’ second season was unveiled over the weekend.

The trailer promises more sex, drama and witchcraft (duh), and shows a more confident, flirtatious Sabrina as she cracks on with Nicholas Scratch. Salem still doesn’t talk, so don’t get your hopes up.

Chilling Adventures of Sabrina’s first season is now available to stream on Netflix.

The second season will premiere 5 April 2019.