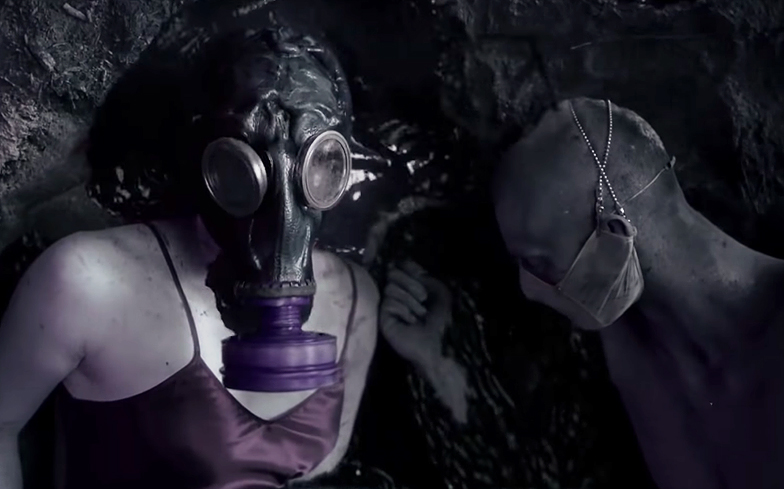 American Horror Story season 8 looks like it’s going to be scarier than ever before.

Every year, Ryan Murphy’s hit anthology horror series presents us with a different nightmarish vision, each one more terrifying than the last – so far we’ve had an asylum, a witches coven, a freak show and a murderous cult among others.

But now, the show’s taking us on one of its most ambitious journeys yet: The end of the mother-tucking world.

A newly-released teaser video gives us our first look at what we can expect from the upcoming eighth season, which is sub-titled Apocalypse, and while it’s mostly vague hints and symbolism, it succeeds in its main goal of scaring the pants off us.

As well as hinting at anti-christ baby Michael Langdon, who we met at the end of season one (Murder House), the horrifying clip features visions of religious rapture and nuclear destruction, suggesting the apocalypse could be the result of both.