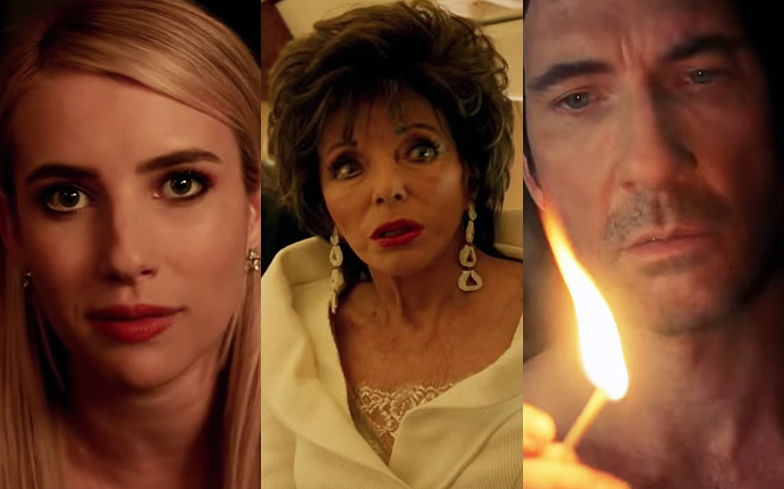 A brand new teaser trailer for American Horror Story: Apocalypse has been released, and it gives us our first look at a number of new and returning actors including Jessica Lange, Joan Collins, Dylan McDermott and Evan Peters.

We already knew that the upcoming eighth season would be a crossover of season one (Murder House) and season three (Coven), and the trailer really hammers that point home with the tagline: “They’re back with a vengeance.”

If you need a reminder of every actor set to appear in American Horror Story: Apocalypse, we’ve got you covered here.

The trailer opens with a plane crash – carrying Evan Peters, Leslie Grossman and the legendary Joan Collins, no less – before re-introducing us to the Coven witches (including Sarah Paulson and Taissa Farmiga), and the original Murder House cast.

But the standout moment is, without a doubt, Emma Roberts’ Madison Montgomery repeating her iconic line from season three: “I bet you thought you’d seen the last of me.”

American Horror Story debuts 12 September in the US on FX.