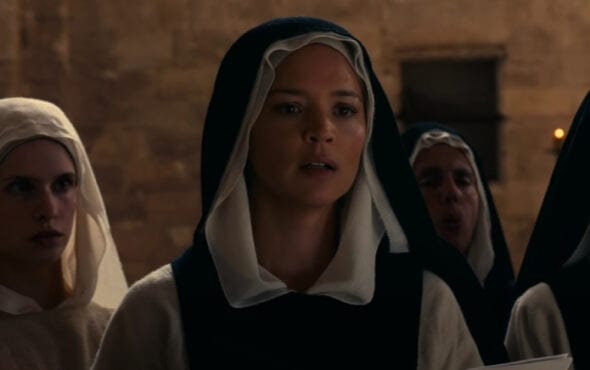 The first official trailer for Benedetta has arrived.

French distributor Pathé released a synopsis for the film, which reads: “In the late 15th century, with plague ravaging the land, Benedetta Carlini joins the convent in Pescia, Tuscany, as a novice.

“Capable from an early age of performing miracles, Benedetta’s impact on life in the community is immediate and momentous.

“Benedetta takes in a young woman to her convent, and the two begin a passionate affair.”

Benedetta stars Virginie Efira as the title character, Lambert Wilson as The Nuncio, Daphne Patakia as Bartolomea and Charlotte Rampling as The Abbess.

Benedetta will premiere at the Cannes Film Festival in July.

A theatrical release date has been set for 9 July in France, while other territories – including the US and the UK – will be announced at a later date.