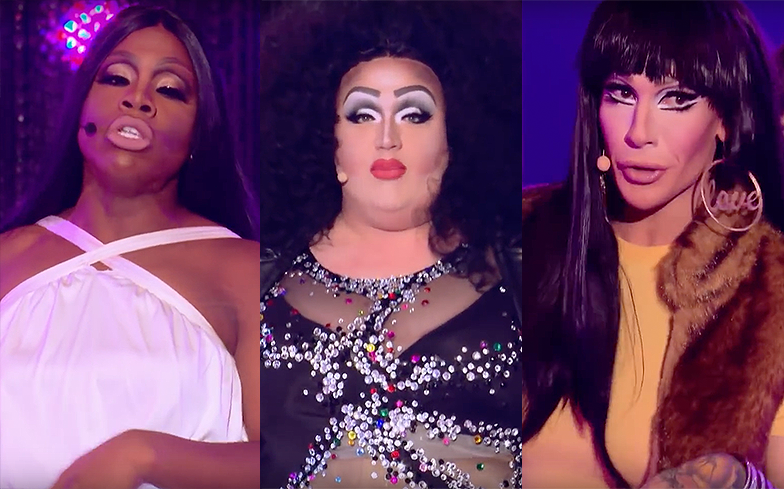 In the maxi-challenge, the contestants performed in ‘Cher: The Unauthorized Rusical’, where each contestant played different versions of the legendary diva throughout her career.

It was one of the hardest challenges of the season (so far), because each queen performed choreography, impersonated Cher AND sung live. However, it all paid off in mother-tucking spades because it gave us one of the best Drag Race Rusicals so far.

After the queens pranced down the runway in their finest glitterific attire, the judges declared Kameron the winner of the challenge, while Monét, Eureka and Miz Cracker received praise for their performances.

The Vixen found herself in the bottom two for the third consecutive week alongside first-timer Asia O’Hara, and the queens  turned it the fuck out to Deee-Lite’s iconic 1990 hit, Groove Is In The Heart.

Ultimately, Asia outperformed The Vixen, and the Chicago queen was told to sashay away.

The eighth episode of RuPaul’s Drag Race season 10 is now available to stream on UK Netflix.