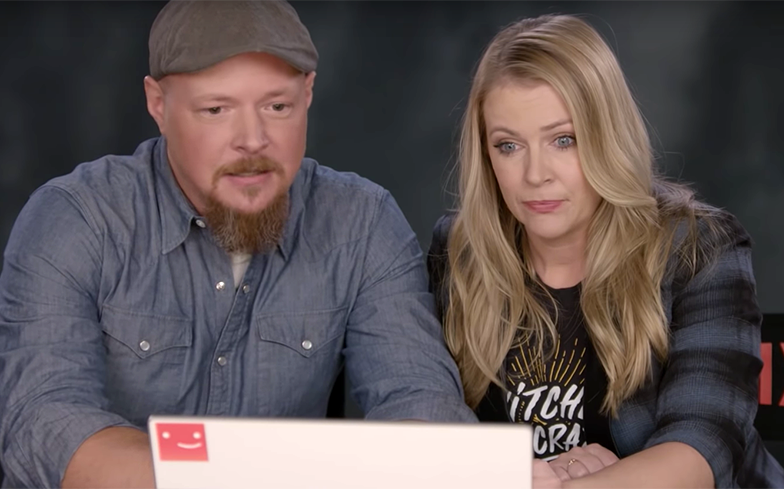 “I am not letting my kids watch this.”

Netflix have released a hilarious video of the Sabrina the Teenage Witch cast reacting to the show’s dark, gritty reboot.

The Chilling Adventures of Sabrina – which stars American actress Kiernan Shipka in the title role – received universal acclaim after its release last Friday, with specific praise for its dark tone and fresh take on the popular Archie Comics character.

The original 90s sitcom starred Melissa Joan Hart as the witty witch, with Caroline Rhea and Beth Broderick as her aunts Hilda and Zelda, and Nate Richert as her love interest Harvey.

While watching a clip from the series, Caroline hilariously said: “I don’t like the scary music, and I don’t like the bird. It’s terrifying, this show!” before adding: “This is not our Sabrina!”

She also commented on how Salem looks “so much more real”, calling their version an “alcoholic rabbit wearing a hairpiece”.

A clearly frightened Beth said the series is “really scary” and that she wouldn’t be able to watch it alone. She added: “We would have never allowed Sabrina to behave that way. I like her though.”

Melissa, however, admitted: “I am not letting my kids watch this. They’d probably like it better, but I don’t think I’ll let them know about it just yet.”

Watch the incredible clip below.

All ten episodes of Chilling Adventures of Sabrina is available on Netflix.