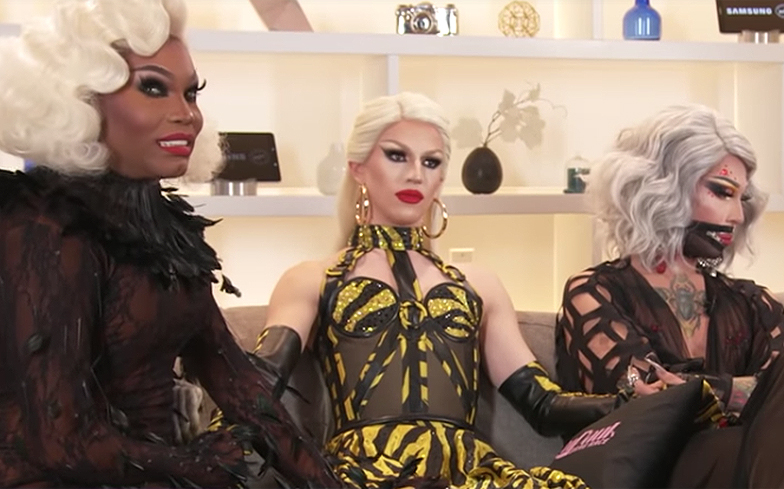 We all watched with baited breath as Aquaria was announced as the winner of RuPaul’s Drag Race season 10 last week, but it turns out that her crowning at the hands of Mama Ru wasn’t as genuine as you may have believed.

As with past seasons, each finalist is filmed ‘winning’ the crown and giving a speech, but no one – including the contestants – knows which of these end results will broadcast until the final episode airs on TV, when the rest of the world finds out.

Related: RuPaul’s Drag Race is the most important queer show in TV HERstory, and here’s why

Fortunately for us, VH1 filmed the final four (Eureka, Asia, Kameron and of course Aquaria) as they watched the episode from the comfort of their sofa and found out for the first time who truly snatched the crown.

There’s plenty of tears and kiki-ing, but ultimately the girls are happy for Aquaria and celebrate together.

“This whole season started a little bumpy for me, but I knew things would get better, and I’m just so grateful for the people who stuck with it,” Aquaria says at the end of the video as she models her crown and sceptre.

Thirsty for more Drag Race tea? Click here to find out how the season 10 queens voted in the Miss Congeniality poll.