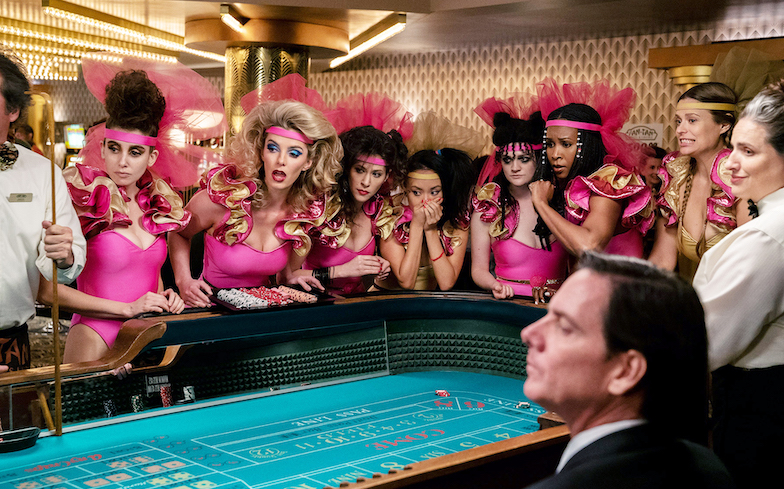 The American dramedy, which was confirmed to return for a third outing earlier this year, revolves around a fictionalisation of characters from the syndicated women’s wrestling circuit from the 80s, the Gorgeous Ladies of Wrestling.

In the first trailer, we see the ladies prepare for their headline show at the Fan-Tan hotel and casino and the debut of Oscar winning actress Geena Davis (Thelma & Louise) as entertainment director Sandy Devereaux St. Clair.

We also catch a glimpse of Bash (Lowell) having a tender moment with another man, so it’s safe to say his homosexuality will be further explored this time around after it was teased in the second season.

Since its premiere, GLOW has been commended for its themes of sexuality and female empowerment, and has received ten Primetime Emmy Award and seven Screen Actors Guild Award nominations.

When we spoke to Nash earlier this month at Mighty Hoopla, she revealed: “We filmed it and I’m so excited for it to come out. I think it’s our best season yet. It’s exciting! As usual, Rhonda is keeping it British – in Vegas this time.”

The third season of GLOW premieres 9 August on Netflix – watch the trailer below.