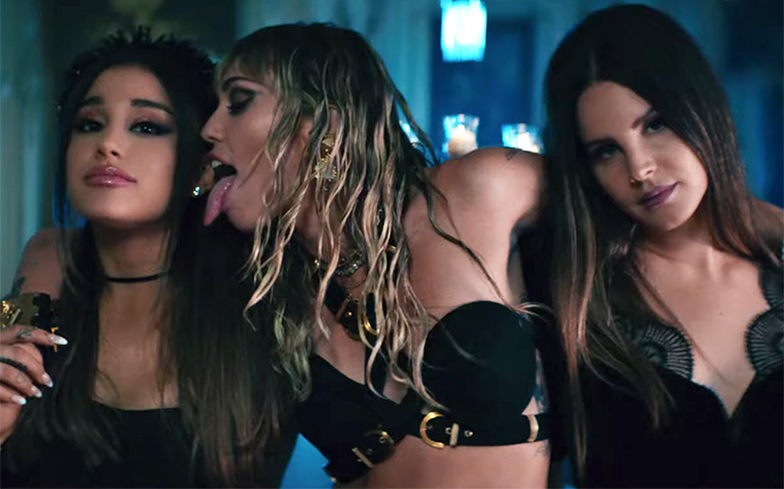 Pop song of the year? We think so.

Now we can finally add a Miley Cyrus, Ariana Grande and Lana Del Rey collaboration to that list.

The three megastars have teamed up for the official theme song for the upcoming Charlie’s Angels reboot, and it’s everything you’d want it to be – ridiculously catchy, fabulously fierce and just a little bit camp.

“It was important to me to kick off Charlie’s Angels with a huge female-powered anthem driven by a big voice – but to get three of the biggest voices out there? It’s a dream come true!” said the film’s director Elizabeth Banks.

“What Ariana, Miley and Lana have delivered surpasses even my high expectations. Their song is resonant and meaningful, and it kicks major ass.”

Watch the video for Don’t Call Me Angel here or below.

The first trailer for the reboot showcases the new Angels – played by Kristen Stewart, Naomi Scott and Ella Balinska – as they put their lives on their line to save the world from a young systems engineer with dangerous technology.

It will be released worldwide on 15 November – watch the action-packed trailer here.