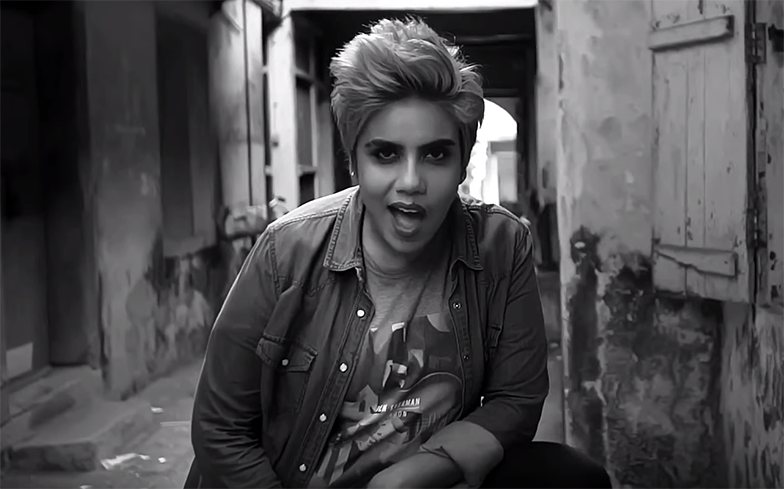 Lingering Wine is the first single taken from Pragya’s upcoming debut album, Queerism, which will be the first queer album to be released from India since the legalisation of homosexuality in the country back in September 2018.

The black and white video for the soulful jazzy anthem sees the artist pay homage to same-sex love, while also spreading the message of body positivity. It was released today on iTunes and streaming services in celebration of Valentine’s Day this Thursday.

Pragya, who identifies as a gender-fluid lesbian, said of her identity: “I am a person who is not confined to any single genre, nationality, religion or gender.

“I want to bring together Indian and Western, contemporary and traditional musical influences in a way that all types of people can relate to. And I want to be an inspiration and sing for the rights of LGBTQIA+ people all over the world.”

Her debut album is due for release this May, and will see the performer explore several genres such as disco, EDM, hip-hop and jazz soul, to Indian-fusion, funk, and dancehall.

It will have nine tracks and will address topics such as millennial feminism, social justice, global warming, suicide prevention and love.

Watch her stunning celebration of queer love in the video for Lingering Wine below.