Watch the first trailer for The Half of It, Netflix’s latest lesbian rom-com 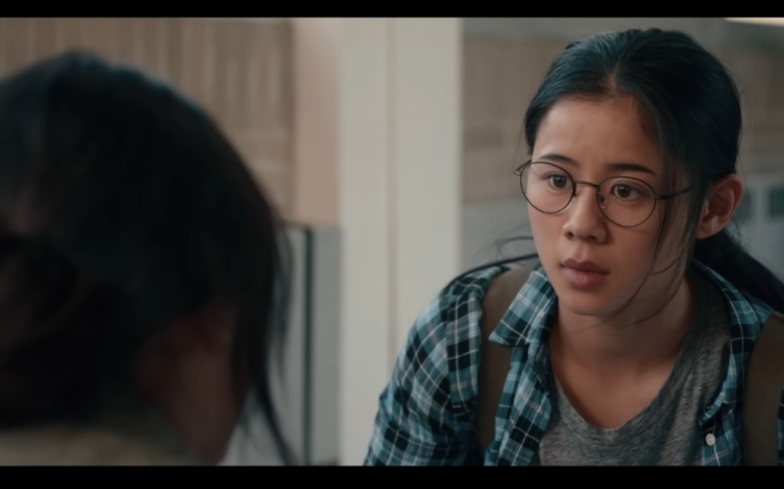 The film has been described as a a modern day Cyrano-meets-Pygmalion.

Netflix’s lesbian rom-com, The Half of It, has just dropped its first trailer, and it’s already proving popular, amassing over three million views in two days.

The film is writer and director Alice Wu’s second film, after Saving Face, which was released back in 2004.

“In the process, each teaches the other about the nature of love as they find connection in the most unlikely of places.”

It adds: “THE HALF OF IT is a heartfelt comedy-of-errors about searching for perfect love—and finding yourself in the process.”

The film’s trailer shows Ellie Chu (Leah Lewis) ostracised from her fellow peers, with some directing racial slurs at her, and shows the only way she fits in with others is by doing their classwork for them.

This changes when she’s approached by shy jock, Paul Munsky (Daniel Diemer) who wants her help in writing love letters to his crush, Aster Flores (Alexxis Lemire). However, along the way Ellie discovers that she also has her own feelings for Aster.

The trailer also shows Ellie and Paul’s developing friendship throughout the course of the film, as well as Ellie’s desire to leave her hometown and see more of the world.

Slash Film reports Wu, saying: “So here I am, staring down the barrel of mid-life, having just made a movie about teenagers.

“Now that it’s done, I can see a few things more clearly. For one: I used to think there was only one way to love. That A plus B minus C equals Love.

“Now that I’m older, I see there are more. So many more ways to love than I had ever imagined.”

The Half of It also stars Catherine Curtin (Orange is the New Black), Collin Chou (The Matrix Reloaded), Enrique Murciano (Bloodline) and Becky Ann Baker (Girls). Also featured are Wolfgang Novogratz (Sierra Burgess is a Loser) and Gabi Samels (Chewed).

The Half of It will be available to stream on Netflix from 1 May.