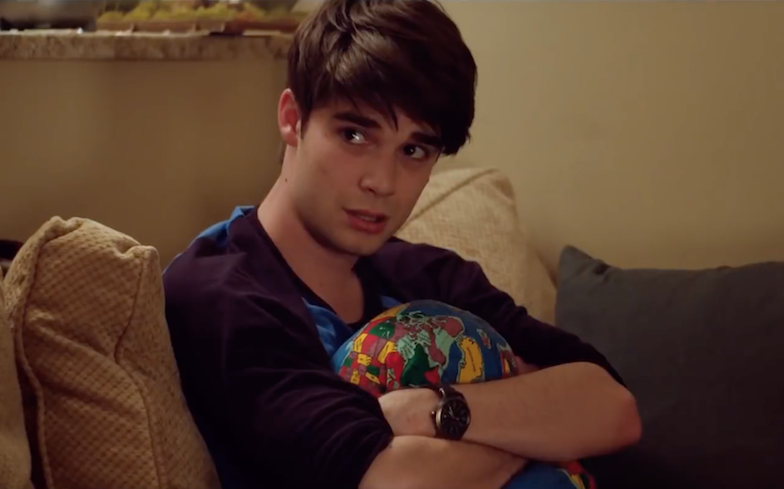 Hot on the heels of the box office success of Love, Simon, Netflix are preparing to release their own coming out romantic comedy this summer.

In the first trailer for Alex Strangelove, we’re introduced to high school senior Alex Truelove, who like most boys his age, is anxious about losing his virginity.

We see Alex happily loved up with his girlfriend, but an unexpected encounter with a young gay teen from the other side of town “unwittingly sends him on a rollercoaster journey of sexual identity”.

The title character will be played by Daniel Doheny, who has previously had roles in Supernatural and HumanTown.

The film has been produced by Ben Stiller and directed by Craig Johnson, who describes the film as “a fun, funny, and flirty film located down the street from Pretty in Pink, around the corner from Superbad, and right next door to new neighbor Love, Simon.”

Alex Strangelove will be available to stream on Netflix from 8 June.

It had its official world premiere at the 2018 San Francisco International Film Festival last month.