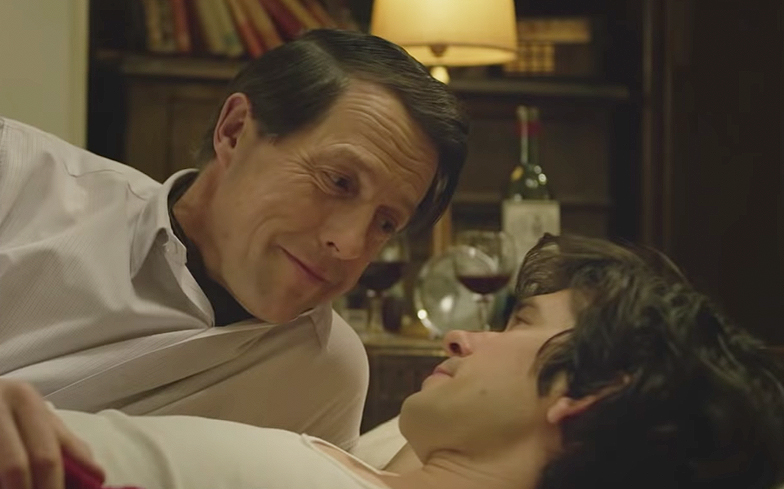 The real-life story of Liberal Party leader Jeremy Thorpe has been turned into a three-part BBC One drama, which will air in the coming weeks.

Hugh Grant will star as the politician in A Very English Scandal, in what will be the British actor’s first television role in 20 years.

The drama follows Thorpe’s desperate bid to keep his gay affair with Norman Scott – played here by Ben Whishaw – a secret during the 1960s.

The leader feared that being outed would destroy his rising political career and tried various tactics to obscure the truth and keep his relationship private.

“As long as his ex-lover Scott is around, Thorpe’s brilliant career is at risk,” a description of the drama reads. “Thorpe schemes and deceives — until he can see only one way to silence Scott for good.

“The trial of Thorpe changed society forever, illuminating the darkest secrets of the establishment. The Thorpe affair revealed such breath-taking deceit and corruption that, at the time, hardly anyone dared believe it could be true.”

With these two titans of British television at the helm, the mini-series promises to be packed full of drama and wit.

The fact that Whishaw as Norman Scott declares “I was rude, I was vile, I was queer, I was myself” in the trailer shows that it is one not to be missed.

From the teaser, it also touches upon the rife homophobia that existed during this period, which came directly after the partial legalisation of homosexuality in England and Wales back in 1967.

There is currently no broadcast date for A Very English Scandal, but it’s expected to premiere later this month.