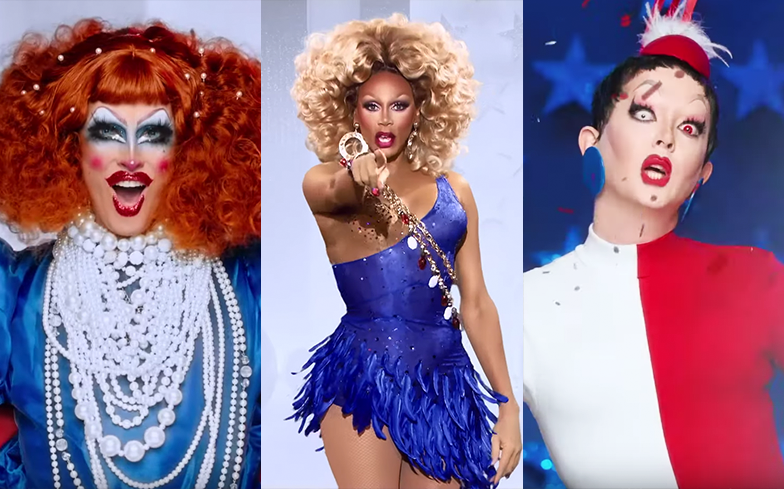 We pledge allegiance to Rumerica!

VH1 and World of Wonder have released the first sickening trailer for RuPaul’s Drag Race season 12.

“Mama Ru needs you to pledge allegiance to the drag,” Ru says in the trailer, before the queens continue, “of the united queens of Rumerica, and to the crown for which we fight, 13 queens under Ru; irresistible, with lip-syncing and runways for all!”

The sickening new recruits then showcase their charisma, uniqueness, nerve and talent in star-spangled lewks.

The cast for the highly-anticipated season was announced earlier today by season 11 winner, Yvie Oddly.

(Can you believe it’s nearly been a whole year since Yvie Oddly became the 11th crowned queen after slaying with her Professor Quill-inspired headpiece in a lip-sync showdown against Brooke Lynn Hytes? Woo henny, time flies eh?)

Drag Race season 12 airs 28 February on VH1. Watch the first trailer below and check out the official cast here.