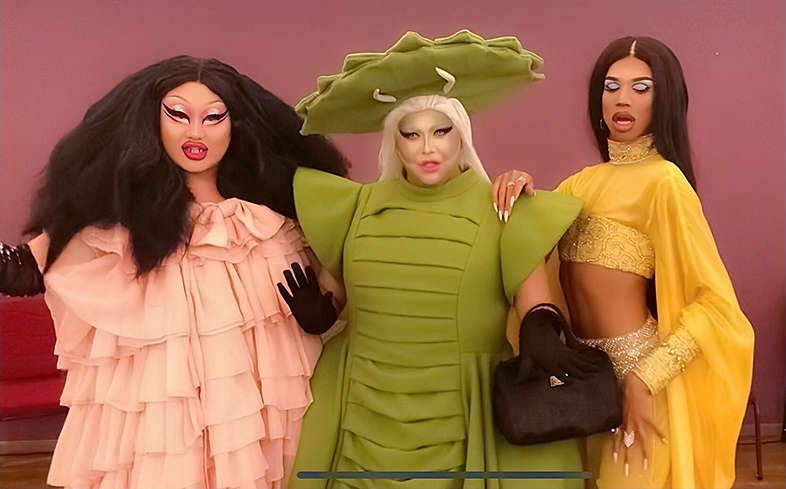 We are LIVING for this crossover!

The cast of Drag Race Thailand season two just launched their official theme song with a gag-worthy music video, and it features some of the most legendary queens from the original US version of the series.

“A few of the Ru girls were in Asia for Werq the World, so I asked if they might make a cameo for Drag Race Thailand,” she told us. “They were totally down and super sweet about it! I loved having them be part of my 90’s-music-video-recorded-on-VHS fantasy!”

Watch the sickening video below.

With All-Stars 4, Drag Race season 11, Drag Race UK, Drag Race Thailand season two and Dragula season 3 all airing in 2019, there are more queens on our screens than ever before in the history of dragkind honey!

So it was only a matter of time before they shantayed into each others worlds and started giving us the collabs and crossovers we needed.

You can watch the second season of Drag Race Thailand on Line TV.