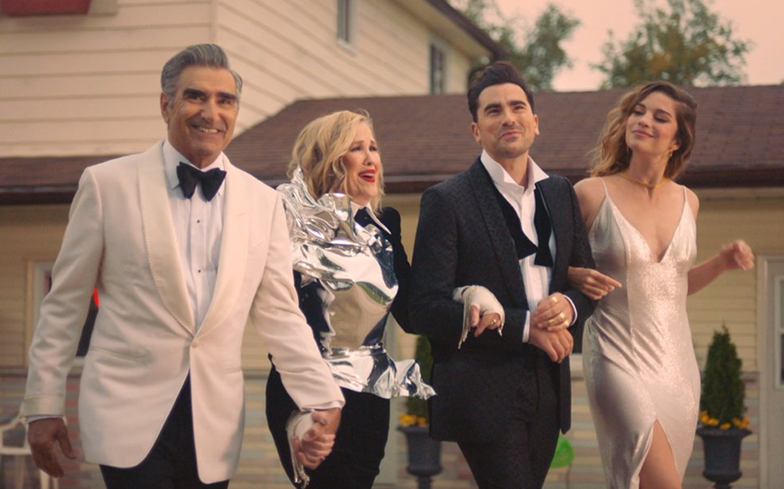 We’re so not ready to say goodbye.

The trailer for Schitt’s Creek’s upcoming sixth – and final – season has left us in tears.

Dan Levy, star and co-creator, unveiled the short clip on Twitter alongside the caption: “Here we go, friends.” It shows the Rose family, as well as Stevie and Patrick, in formal attire as Phoenix’s Love Like a Sunset Part II plays in the background.

Although the show is currently at its peak, both critically and commercially, Dan announced earlier this year that he and his fellow co-creator – and father – Eugene Levy were ending the show with its upcoming sixth season.

The series stars Dan, Eugene, Catherine O’Hara and Annie Murphy as the Rose family, wealthy and snobby socialites who lose their fortune and are forced to take refuge in a town they bought as a joke: Schitt’s Creek.

All five seasons of the show are now available to stream on UK Netflix.