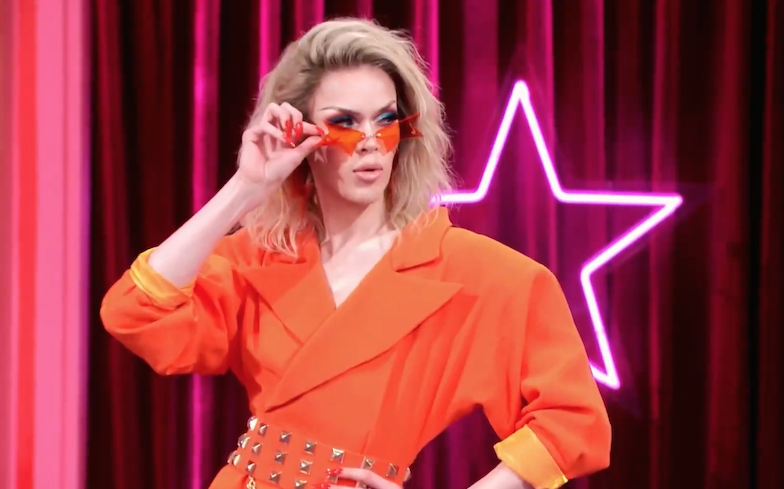 Can you believe it’s been a YEAR since both Monet X Change and Trinity the Tuck controversially sashayed away on All Stars 4 with $100,000 doollahz each and a spot in the Drag Race Hall of Fame? Whew, time flies eh?

Well get ready hunties, because another batch of fan-favourite contestants will be entering that werkroom next month and honey, this line-up? This line-up. THIS line-up. We are gooped and we are gagged, to say the least.

Earlier today, the official YouTube channel for RuPaul’s Drag Race released a sneak-peek at the All Stars 5 premiere, showing all 10 of the queens as they sashay back into the fold – with more soon-to-be iconic catchphrases, because duh.

Watch the official RuVeal for Drag Race All Stars below. Is your throat ready? Because y’know… gagging.

So there you have it. Ongina, Jujubee, Mariah, India Ferrah, Alexis Mateo, Derrick Barry, Shea Coulee, Blair St. Clair, Mayhem Miller and Miz Cracker are the 10 ruturning competitors for All Stars 5.

Who do you think could go all the way and earn that coveted spot in the Drag Race Hall of Fame? We have no idea, because in the words of self-described Russian hooker Katya Zamolodchikova, we are not scientists.

But with this cast, it has the potential to be one of the greatest seasons of Drag Race in HERstory. Agree?

All Stars 5 will premiere 5 June on VH1 – check out our profiles on each of the contestants here.