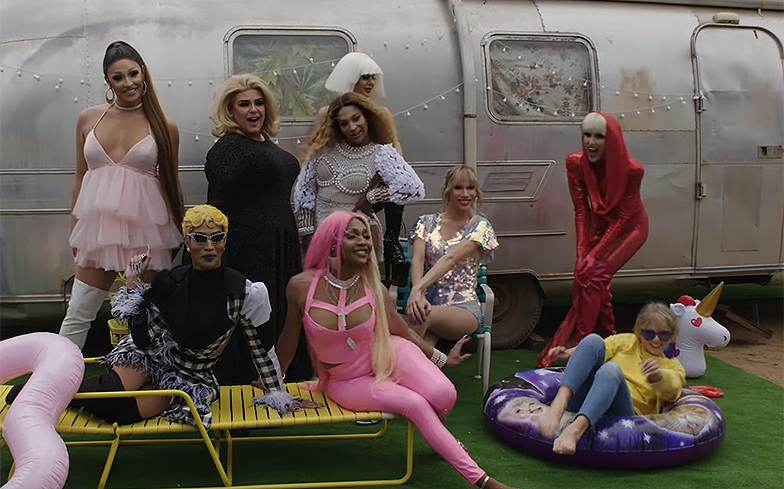 Earlier this week, Taylor Swift released the video for her queer anthem, You Need to Calm Down.

The clip follows the star and her best Judy’s in a glamorous, Pride-esque trailer park as an anti-LGBTQ protest occurs around them. The video ends with Taylor urging fans to sign her petition for Senate support of the Equality Act on change.org.

In celebration of the video’s success (it has amassed over 40 million views on YouTube) Taylor has unveiled a short behind-the-scenes clip of the iconic Drag Race stars as they prepare for the beauty pageant.

It’s cute AF – who wouldn’t fangirl over Tatianna as Ariana Grande? – and there’s a wonderful moment with former Drag Race judge, choreographer and her bff, Todrick Hall. Watch below.

You Need To Calm Down is the second single from Taylor’s highly-anticipated seventh studio album, Lover.

The album is due for release on 23 August, and will also feature Me! with Brendon Urie, which reached the top ten in Australia, UK, US, New Zealand, Ireland and Scotland.

Watch the video for You Need To Calm Down below.