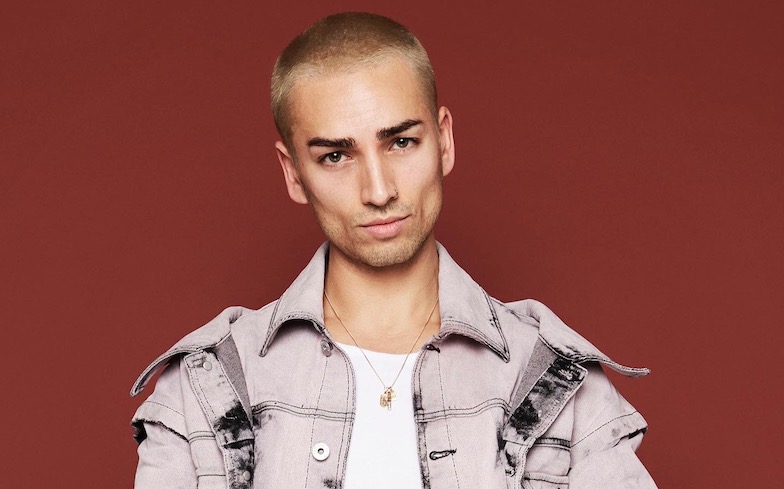 SXMSON has delivered an acoustic performance of his new song, (Please Don’t) Talk About Love.

Following in the footsteps of Arlo Parks, Josie Man and KABBA, the rising star has collaborated with VERO for their new music series, which aims to shine a light on the UK’s most exciting up-and-coming musicians.

The live sessions, directed by Jordan Rossi, are shot entirely in black and white to highlight the talent’s vocals.

SXMSON chose to perform an acoustic version of his unreleased, 00s and R&B-influenced anthem, (Please Don’t) Talk About Love. It will be included on his debut three-track EP, which is due for release later this year.

“The song was co-written with Benji Winters (EMRE), and it’s about my on-going fear of commitment when it came to relationships – yes, I am a Sagittarius!” he told GAY TIMES.

“I was really excited to perform this acoustic version exclusively for Vero because it’s real, cheeky and a little taste of what will be coming from my new project.”

Over the past year, SXMSON has received critical acclaim for his music, particularly pop anthem Smile – a dark electronic ballad in which the 26-year-old captures “the raw reality that comes with identifying as an LGBTQ+ musician”.

His music videos have also received praise for their authenticity and unapologetic queerness; the clip for Memory sees the Brit torn between two male lovers and the visual for Smile aims to humanise drag performers to audiences.

When we spoke to the Brit last year, he said he doesn’t want to be “one of those LGBTQ artists that shies away from being queer.”

“I wanted to create the music video that I craved as a kid, to recreate those straight music videos because I have every right to do that and I’m not going to shy away from it. If I’m going to do this, I want to do it my way,” he explained.

“I’ve still got a lot more to show in future music videos and I hope to bring in other aspects of the queer community. There are too many videos by queer artists that have them standing there singing, while it tells the story of a man and woman.”

You can read SXMSON’s interview with GAY TIMES here.