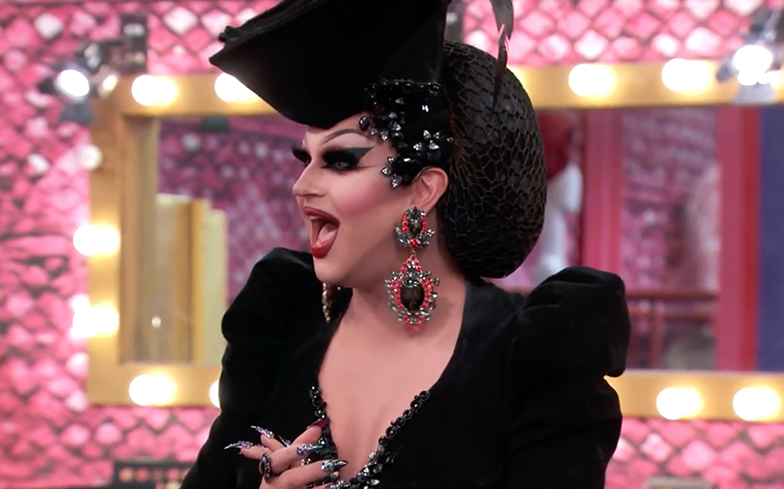 We finally have justice for Shannel’s appearance on RuPaul’s Secret Celebrity Drag Race.

Although Bob the Drag Queen, Monét X Change and Trixie Mattel served as the official drag mothers for the celebrity contestants last week, it later came to light that they were assisted by another legendary Drag Race queen; Shannel.

The season one queen was credited as a “creative consultant” for the premiere, and according to an Instagram post she recently shared, she was under the impression that her she would make an appearance on-screen.

However, the show’s official Instagram account has now shared a “bonus scene” from the debut episode that features Shannel talking to the three celebrity contestants about their Snatch Game characters and giving them tips on their makeup.

“Allow me to introduce you all to some true Drag Race royalty,” says Bob when introducing Shannel to the room. “I mean, look at her, she is so stunning, so put together, if she gives you a makeup tip, bitch, take it.”

Watch the bonus scene here or below.

RuPaul’s Secret Celebrity Drag Race follows 12 celebrity contestants as they vie for the title of America’s Next Celebrity Drag Superstar, as well as a cash prize of $30,000 doollahz, which will be donated to the charity of their choice.

The premiere saw the debut of former guest judge Nico, as well Riverdale alum Jordan Connor and comedian Jermaine Fowler. It was a highly entertainting episode, but reaction from fans was mixed – see more here.

The series will run for three more episodes, and airs every Friday after the main edition of Drag Race.

RuPaul’s Secret Celebrity Drag Race is unavailable to stream in the UK (for now), but if we have any updates, we’ll make sure to keep you posted. For US viewers, the first episode can be viewed now on VH1.