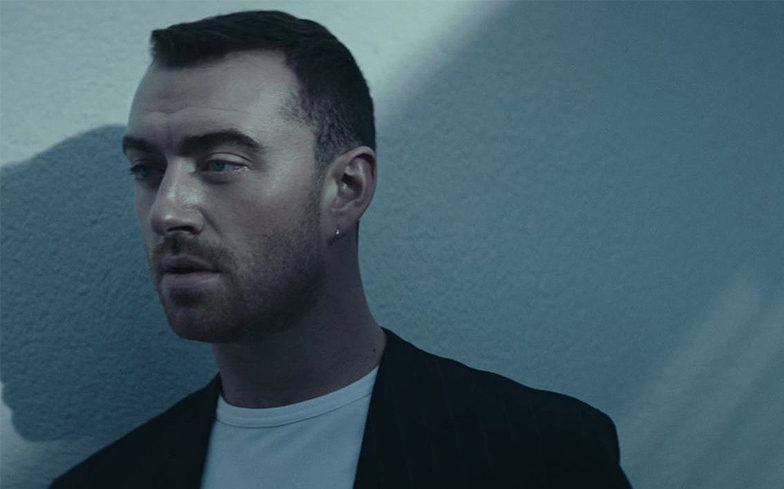 Sam Smith and Normani have given us a glimpse of the online dating apps of the future in their new music video.

The British singer-songwriter and former Fifth Harmony starlet have teamed up for new single Dancing with a Stranger – a luscious slice of R&B pop that hears them searching for a rebound romance following heartbreak.

The stylish visual sees Sam and Normani in their respective mansions looking for love via a futuristic hologram service, where different potential partners pop up to dance with them.

You can watch the music video for Dancing with a Stranger now, exclusively on Apple Music.

Dancing with a Stranger could be the lead single for Sam Smith’s third studio album, but the star has admitted that he doesn’t have a full body of work ready to go just yet.

Sam explained that he is just having fun working on new material, and is likely to release tracks at a time that feels right, rather than playing by the rules of a traditional album campaign.

Speaking with Zane Lowe on his Beats 1 show, Sam revealed that he has worked on a new ballad with Stargate that he loves, but is hoping his new album will be much “lighter” than his previous record.

“It’s crazy how much the writing has changed. Recently, over the past year and a half, I’ve just started to focus in on my instrument (voice) a little bit more,” Sam said.

“I think I’ve always had a bit of a hang up that I can’t play in writing sessions, and I always wished that I could. I juts don’t have a passion for it, and I’m forcing myself to learn piano at the moment.

“But I don’t have the same passion as I do when I sing, but now in writing sessions I’ve been working on my instrument, my voice. I’m going into these sessions and I’m just singing my arse off.”

Sam’s new music serves as the follow-up to his 2017 album The Thrill Of It All, which reached No.1 in both the UK and US upon its release.