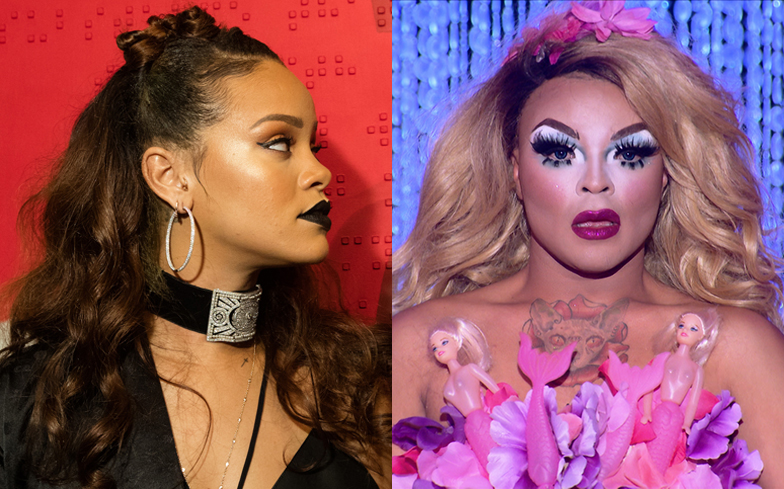 Can she judge now, please?

Rihanna has publicly revealed herself as a Drag Race stan by paying tribute to the iconic, legendary and groundbreaking former contestant Vanessa Vanjie Mateo, known to most as “Miss Vaaaaaaaaaaaaaanjie.”

The singer was on Instagram live when the season 10 and 11 queen wrote, “The lip is on! You look great,” which led to Rihanna chanting her now-iconic sashay line. After, she said: “You better come to the ball October 12th, Mr Mugler in the back says so.”

“Not Rihanna saying Miss Vanjie and asking @VanessaVanjie to come to her event! It’s What Vanessa deserves,” said one fan on Twitter, while another wrote: “Rihanna saying “Vanjie, Vanjieeeeee” on Instagram live just added 10 years to my life.”

Earlier this year, Rihanna’s love for Drag Race first became known when Nina West revealed the Barbadian superstar sent the queen a message after her elimination. “Ending my night with a message from @rihanna – i am dead,” she wrote on Twitter.

Nina didn’t spill the T on what Rihanna said to her, but we can only imagine it was filled with support and encouragement. Here’s hoping she follows in Lady Gaga, Christina Aguilera and Miley Cyrus’ footsteps and guest stars in the season 12 premiere?