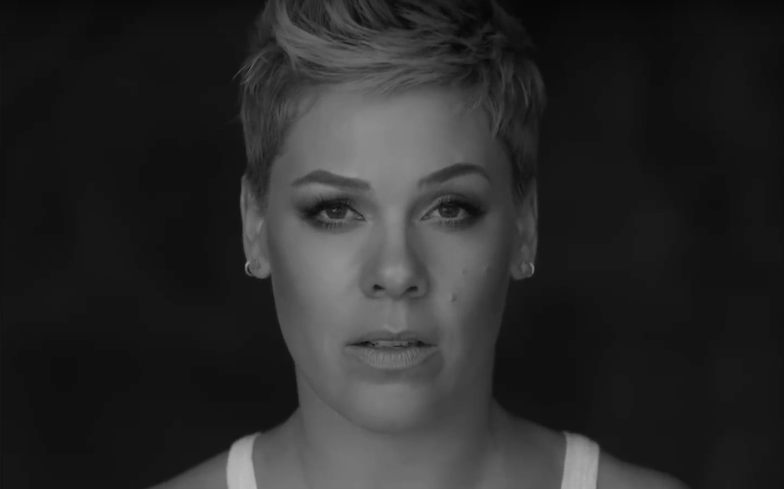 The video for Wild Hearts Can’t Be Broken is accompanied by a donation to UNICEF.

P!nk has dropped the music video for her brand new single, Wild Hearts Can’t Be Broken, after delivering a stunning and understated live rendition of the song at the 60th Grammy Awards.

The piano ballad was originally written for the 2015 period-drama Suffragette, which starred Carey Mulligan, Helena Bonham Carter and Meryl Streep.

During P!nk’s Apple Music documentary – On the Record – she said: “The movie is about the suffragette movement, which is women’s right to vote.

“You have to fight for what’s rightly yours which is rights and respect and love and kindness and compassion and you have to be willing to die for it. These women were.”

The raw, stripped-back video for Wild Hearts is filmed entirely in black and white, and sees the pop superstar/aerial acrobat singing into the camera, with just a white vest and jeans.

The release of the video is accompanied by a donation to UNICEF.

“In honor of this incredible organization, in honor of this video for ‘Wild Hearts’ and in honor of girls and women all over the world standing up for themselves, I am going to be making a donation in all of your names to this wonderful organization and I encourage you to do the same if the spirit moves you,” P!nk told People magazine.

P!nk’s eighth studio album – Beautiful Trauma – topped iTunes in over 65 countries when it was released last September, and has sold two million copies worldwide. Not bad in the age of streaming eh?

Its lead single – What About Us – reached the top ten in 25 countries, and was recently certified platinum in the UK.

P!nk has also signed on to perform the National Anthem at this year’s Super Bowl – which is great and all, but when can we get her to do the main show?

For those who want to make a UNICEF donation with P!nk, click here.

Related: Watch P!nk perform a stunning rendition of Sam Smith’s Stay With Me.