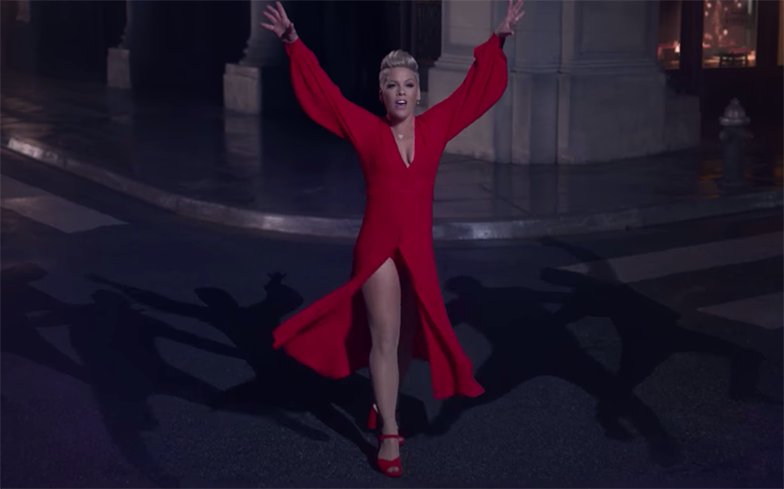 After weeks of anticipation, Pink has finally unveiled the music video to her comeback single, Walk Me Home.

For the cinematic clip, the American singer-songwriter-icon dons a simple red dress as she serves choreography in a dark, empty street, while the shadows of invisible dancers lurk behind her.

It’s incredible how Pink has been in the industry for nearly 20 years and still turns it the fuck out. The concept is, without-a-doubt, one of her most inventive so far, and that’s saying a lot, considering she’s delivered some of the most iconic pop videos of the last decade.

Walk Me Home is the first single from her highly-anticipated eighth studio album, Hurts 2B Human, which is due for release this April. The uplifting, anthemic track sees Pink yearn for the company of a lover because “there’s so much wrong going on outside.” It’s another explosive pop number from the star and we are obsessed.

It recently became Pink’s 20th top ten single in the UK. Did someone say ‘queen of longevity’?

Watch the sensational video for Walk Me Home below.

Walk Me Home is now available on iTunes and streaming services.