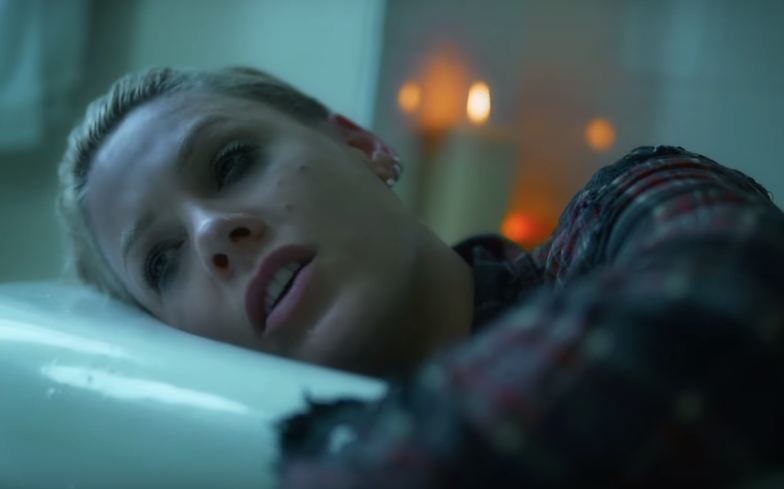 Pink puts her acting skills to the test in her brand new video.

The American singer-songwriter slash acrobat has unveiled the official clip for 90 Days featuring Wrabel (who is absent from the video) and it’s one of her most gut-punching to date – which is saying a lot considering how incredible her videography is.

“If I’m just somebody that you’re gonna leave, and you don’t feel something when you look at me,” she sings during several scenes with her real-life husband, Carey Hart. “If you’re just some habit that I gotta break, I can clear my system in 90 days.”

The indie-pop power ballad is the second single taken from Pink’s eighth studio album, Hurts 2B Human, which topped the charts in the UK, US, Australia, Ireland, New Zealand and Canada.

90 Days is preceded by Walk Me Home, which became the star’s incredible 20th top ten hit in the UK. Watch the video below.

Since her debut in 2000, Pink has won three Grammy Awards, a Daytime Emmy Award, sold 57 million albums and has 15 top ten singles in the US (including four number ones). She also received the prestigious Michael Jackson Vanguard Award at the VMAs and Outstanding Contribution to Music at the BRIT Awards.

We recently ranked every single Pink album from worst to best. Does her R&B debut Can’t Take Me Home take the top spot? Perhaps her pop/rock follow-up, M!ssundaztood? Or her latest release, Hurts 2B Human? Click here to find out which one comes out on top.