Watch Pink and Khalid’s emotional video for Hurts 2B Human 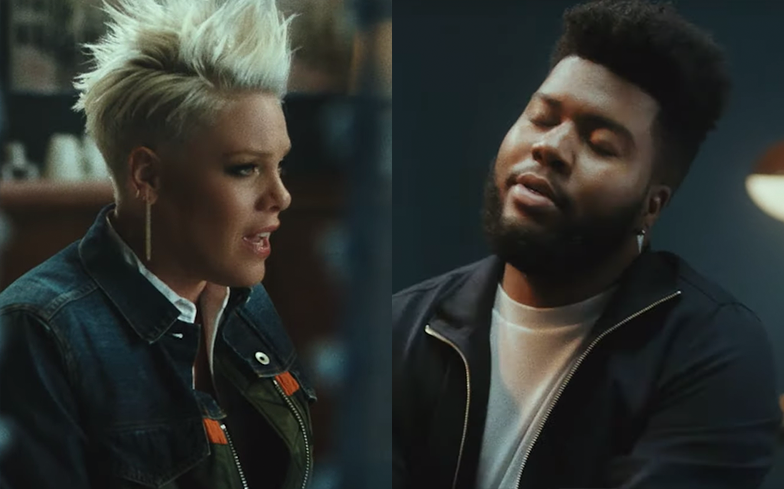 Pink and Khalid have unveiled the video for Hurts 2B Human.

Just like the lyrics, the visual for the soulful R&B-pop anthem explores love and pain, showcasing various couples, children and families in a building of flats as Pink and Khalid lip sync the lyrics in separate rooms.

The track is the fourth single taken from Pink’s eighth studio album of the same name after Walk Me Home, which became the star’s 20th top ten hit in the UK, 90 Days featuring Wrabel and Can We Pretend with Cash Cash.

The album topped the charts in the UK, US, Australia, Ireland, New Zealand and Canada.

Since her debut in 2000, Pink has won three Grammy Awards, a Daytime Emmy Award and sold 57 million albums. She also received the Michael Jackson Vanguard Award at the VMAs and Outstanding Contribution to Music at the BRIT Awards.

Earlier this year, Pink made history when her Beautiful Trauma Tour became the 10th highest grossing tour of all time and the second highest grossing by a female entertainer (Madonna ranks in first place with her Sticky and Sweet Tour).

We recently ranked every single Pink album from worst to best. Does her R&B debut Can’t Take Me Home take the top spot? Perhaps her pop/rock follow-up, M!ssundaztood? Or her latest release, Hurts 2B Human?

Click here to find out which one comes out on top!