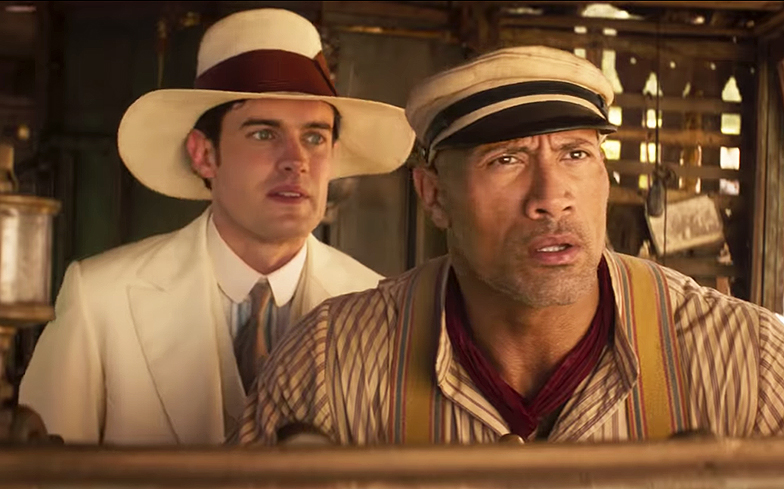 The first trailer for Jungle Cruise is here, and it looks epic.

Based on the Disneyland ride, the movie follows scientist Lily Houghton (Emily Blunt) and brother McGregor (Jack Whitehall) as they join river boat captain Frank (Dwayne Johnson) to journey through a dangerous jungle in search of The Tree Of Life.

When it was announced last year, most of the headlines focused on the fact that Whitehall’s character would be the studio’s first major openly gay character on the big screen, and that it would be made clear that he has no interest in women.

The movie – which has been described as a “turning point” in Disney’s history – is set in the 19th century, at a time when where LGBTQ rights were non-existent and the majority of the community would remain closeted.

It was reported that McGregor will be “hugely effete, very camp and very funny” – which drew criticism from some in the LGBTQ community who worried that a straight actor portraying a “camp” gay character could end badly.

Unfortunately, while the movie does look great, the first trailer only features Jack’s character in two blink-and-you’ll-miss-it scenes, so there’s no way of telling whether the movie will handle his sexuality sensitively or not.

Similar to the studio’s Pirates Of The Caribbean series, which is also based on a theme park ride, Disney is hoping to turn Jungle Cruise into a blockbuster franchise.

While Jungle Cruise will feature Disney’s first openly gay major character, it’s not the first time the studio has attempted to provide representation for the community.

Last year, their live-action adaptation of Beauty And The Beast featured what was described as an ‘exclusively gay moment‘ when villainous sidekick LeFou danced romantically with another man during the movie’s final scene.